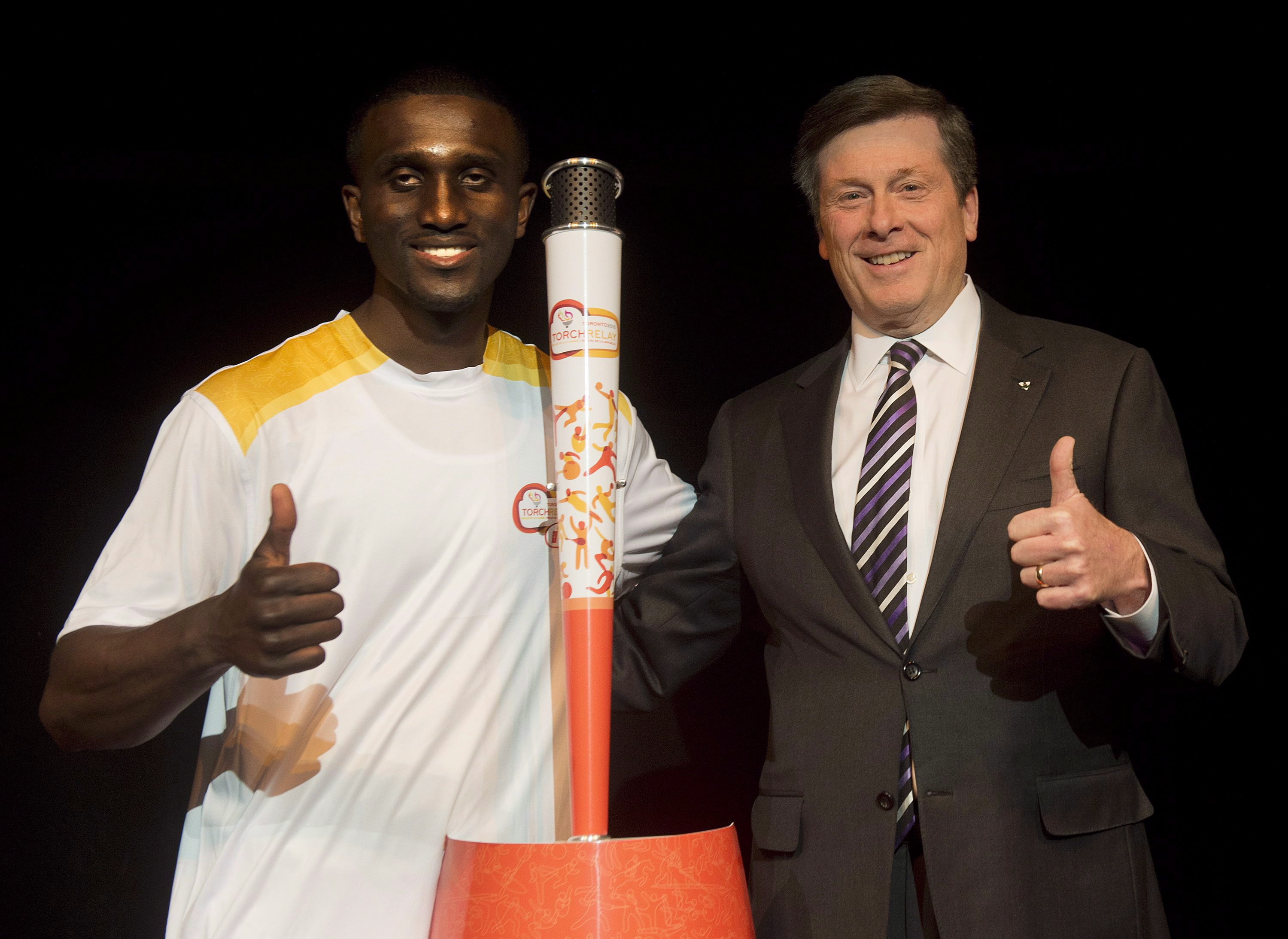 TORONTO _ Zsofi Balasz hadn’t even received her Canadian passport when she competed for her new country in the Pan Am Games in Rio de Janeiro.

The open-water swimmer became a Canadian citizen just in time for the 2007 Games, having emigrated from Hungary with her parents and two siblings three years earlier. She went on to swim for Canada in the 2012 Olympics in London.

The 24-year-old, who hopes to represent Canada again this summer, helped welcome 100 new citizens in a ceremony that coincided with the 100-day countdown to the Pan Am Games.

Wednesday’s citizenship ceremony was held at the newly completed athletes’ village near Toronto’s waterfront, and brought together new Canadians hailing from 58 countries, including 12 from the Americas.

Olympic gold medallist Catriona Le May Doan said that for new citizens, like for athletes, “anything is possible.”

“Perhaps we will see… those new Canadians on the podium and wearing the Maple Leaf in the years to come,” she said in a news conference after the ceremony.

Some of those who participated in the ceremony said the venue made an already exciting milestone even more momentous.

“I feel so special, I’m going to be part of (the Games),” said Tharisa Yogeswaran, 26, who arrived from Sri Lanka with her family in 1997.

For her, moving to Canada meant finding a place where “everybody’s differences are appreciated,” she said.

“I come from a war-torn country. It’s a much safer place down here and my parents felt that we as kids should grow up here, it’s better for our future,” she said.

Joel Thompson came from Trinidad and Tobago with his father 21 years ago in search of “better opportunities,” he said.

After a few setbacks, Thompson said he met “good people,” landed a job at the Toronto Transit Commission, went to school and eventually started a family of his own.

“I think I’m going to be here for the rest of my life,” he said after the ceremony, holding his 22-month-old daughter’s hand while his wife and close friends stood nearby.

Balasz said she wants to show the new citizens the opportunities they have, noting she owes her athletic career and her job with Toronto police to the risk her parents took in moving to a country where they knew no one and didn’t speak the language.

“To show up to a country where you don’t have any connections and any relatives and everything’s totally new, it was a risk that they took to make sure that we had the best,” she said.

“Their strength for that _ I admire it every day and I’m so thankful for it because I would not have what I have now if they didn’t make that jump.”