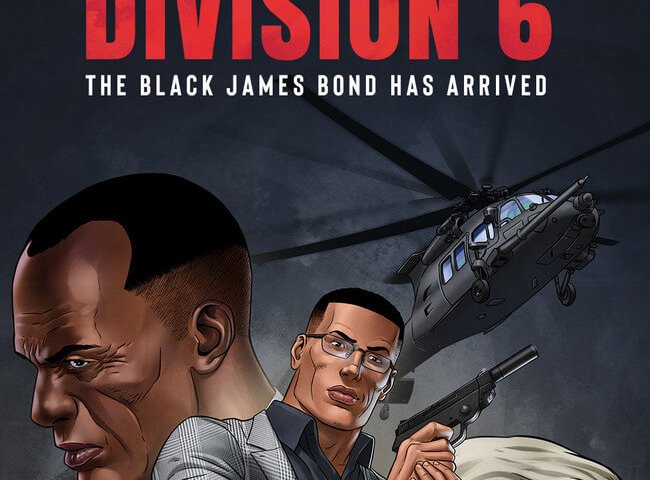 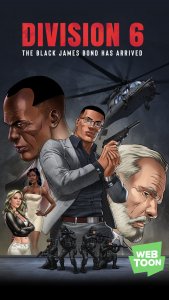 DETROIT, May 11, 2021 /PRNewswire/ — Last year, Creative Producer and HBCU graduate Michael Varner announced an idea to create a black male comic book character with super intelligence and abundant sex appeal, a black American version of the British James Bond. One year later, that comic, titled Division 6, has come to life in a collaboration with Executive Producer Theodore Young and was recently released on an app called Webtoon. Division 6 is free to read here and features a bold headline – “The Black James Bond has Arrived.”

The idea for the character came from Varner’s observation that there was “no similar character for black men to admire or emulate, or for the public at large to see – no sexy, suave, well put together, intelligent black man that wears suits or tuxedos daily,” as he puts it. 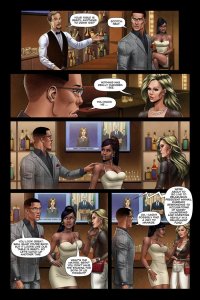 Varner’s imagination lead him to think up a sexy, well dressed, highly intelligent black character that is a secret spy – Seth Banks. The character is an accomplished college professor by day and international super spy by night. The comic’s title comes from the plot idea of a rogue sixth division of the CIA (in actuality the CIA only has only five divisions). But Varner’s comic isn’t just about positive black male image, he also wants to help inform the broader public of what he feels are the dangers of central banking and currency manipulation. To do that, the plot incorporates macroeconomics and centers around Banks’ efforts to uncover a financial plot to siphon money out of Eastern European Belarus, embroiling its President in scandal in the process.

Instead of creating this comic in traditional American format with wide, horizontal panels, Michael chose to tell the story in “webtoon” style that is more easily readable on cell phones due to artwork drawn vertically. The format originated in South Korea and is gaining popularity in the United States. Varner joins a growing list of black American producers making their way into webtoon style comics. In 2017, rapper Common developed Caster on the same Webtoons platform, a story about rare antiques dealer who gets mixed up in the world of international espionage.