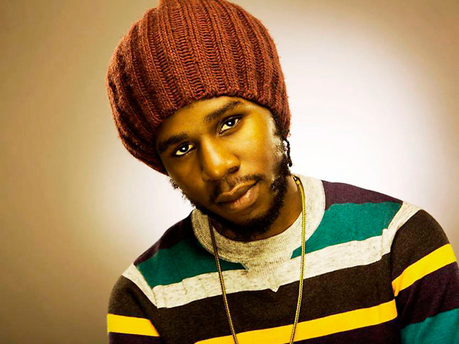 CELEBRITIES are reviled in Jamaica. They are seen as pioneers and cultural icons by the people. They are grand scale indicators of slangs and trends that are to come, with their brand of boldness, narcissism and willingness to experience and experiment with rebellious concepts others may shy away from.

Their audaciousness has defined Jamaican mainstream culture in many respects more than any other group of people.

If you examination closely the trends of populist politicians in the last five years you will note the more powerful celebrities worldwide are either loved or hated vehemently.

It takes time and energy to connect with everyone who is looking get the next interesting and shareable picture on the Web. Everyone now wants to be a celebrity by doing what is expected, but the real interesting celebrities learn the attitudes and behaviors of their audiences and then go directly against them, and are usually rewarded for doing so with great success.

These celebrities champion the cause of breaking free from norms and forming new customs and practices. They are arresting in their persona and are much more willing to sacrifice everything to be known by massive amounts of people while simultaneously staying away from the intimate crowds and shun unwanted approach from strangers.

Will Smith last year bunji-jumped for his 50th birthday and over 12 million people tuned in on YouTube. Although he did that for his family and himself , it is acts like these by Will that keeps his public perception as friendly and likable as possible, even if he is not approachable in real life.

Home in Jamaica, Chronixx, it would appear, according to one reporter, Karyl Walker who wrote in the Loop News did not make himself available recently for interviews by the media.

In an article titled “A view from the outside: A word to Chronixx from a ‘media man’” he asserts pitifully ;

“At the recently-held Reggae Sumfest festival, Chronixx declined to speak with us. After his scintillating performance on Festival Night One, the singer went to his vehicle and drove out of the venue, but took a beeline to witness Dexta Dapps and other remaining entertainers on the lineup.”

Other persons on facebook commented on how Chronixx had been unfriendly to their requests for pictures.

Everyone may get a different persona from celebrities based on their mood but as for Chronixx he had a much publicized meet and greet before his show in Montego Bay between 12 and 6 pm where he signed autographs and interacted with those in attendance on the day of the show mentioned.

Mr. Walker further lamented; “Now Chronixx is a big star. He is rated among the best that Jamaica has to offer in the field of reggae. But for some reason, he seems to not want to interact with the Jamaican media. Maybe he still holds a grudge because he had to wait hours for a write up when he had no fame or fortune.”

Many other artist did interviews with the media such as Bounty Killer and Beenie Man who both did well at the Festival, but its Chronixx’s absence that made the headlines and has sparked much discussion online.

It dons well for Chronixx’s celebrity to go against the grain in this manner and snub the media’s schedule. Celebrities set their own schedules and media professionals and critics should not judge artistes decency or indecency, friendliness or unfriendliness based on whether they say YES OR NO to requests for interviews.

Chronixx’s career has been marked by his willingness to follow apparently worthwhile plunges against what would be expected of him — in turn he becomes the main talking point in the news cycle and one of the most notable Reggae stars wherever he goes. His exceptional music adds value to this brand of celebrity time and time again. Where he appears to lose with one demographic, he gains influence across a larger spectrum.

If Chronixx gives a speech or makes a controversial tweet it becomes the news; likewise if he doesn’t tweet or give interviews, that also makes the news. Other celebrities on a global scale with this power include Donald Trump and Kanye West.

On the surface, some critics may put to shame the independent thoughts and actions of Chronixx, but at a deeper level they can appreciate the influence he has — even if it makes them uncomfortable when they don’t get their media interviews.

What others think and say of Chronixx’s brand of celebrity is less important than what Chronixx thinks of himself. It requires a lot of bravery to go deep inside yourself and find your own uniqueness and amp it up through music; making it a sought after brand.

The upside to the power Chronixx and other celebrities possess in the age of the Internet in Jamaica is that he can create for his fans the content they want without the permission or filter of the main stream media. YouTube is the biggest radio and television station in the world and as a result the local “media man”  becomes less of a necessity to successful musicians.

Chronixx’s core audience knows where to find his music. For them he provides valuable introspection, healing, and personal wisdom on his personal platforms which is a more powerful substitute than after show feel good media interviews. They already made a hero out him and no amount of views from the outside will cause them to think any different. There is now direct access to quench their insatiable appetites for content on various platforms.

They see his light. It shines, and as it shines it brightens him. Whatever he is, he becomes exponentially larger to them after every song. Those are the people who will continue to love him.

Lastly, if a “media man” wanted to do a feature on Chronixx he wouldn’t need to do an interview during the hustle and bustle of a live event. He could make contact with Chronixx’s public relations team to see if it fits into the artist’s larger strategy. When you are in the public eye everyone has a solution on how to market and PR your career. Unless the person has a track record of reaching where you would like to go then it is best to listen to your team and yourself. I think Chronixx knows this.

Donovan Watkis is the host of World Music Views.  Send comments to worldmusicviews@gmail.com.