World Premiere of “PUSHOUT: The Criminalization of Black Girls in Schools Documentary” at the Congressional Black Caucus Legislative Conference on September 12th with Congresswoman Ayanna Pressley 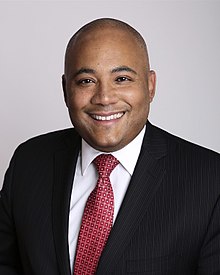 NORTH YORK — Michael Coteau, the third-term MPP and Ontario Liberal leadership candidate, was endorsed today by Carol Mitchell, the former MPP from Huron—Bruce and former Minister of Agriculture, Food and Rural Affairs. “I’m honoured to have the support of Carol Mitchell, one of our party’s strongest and most experienced advocates for rural Ontario,” said Coteau. “I know as a party we need to work to reach out and build a new generation of support in our small towns. My approach is to do this by championing the core public services all our communities need. As well, we must advance innovative policies like a Right to Repair approach for our farmers and aggressive investments in rural broadband infrastructure to help foster the entrepreneurial spirit of our small towns.”“Michael Coteau is a thoughtful, hard-working and values-driven leader who I know is the best choice to be the next Premier,” said Mitchell. “His life story and personal style represent a clear contrast to the current Premier and his pragmatic yet progressive approach are exactly the type of tone our next leader needs to strike.”Carol Mitchell is a municipal and provincial leader with an intimate, hands-on understanding of rural Ontario. She was the highly respected MPP for the riding of Huron—Bruce from 2003 to 2011. As a former Ontario Minister of Agriculture, Food and Rural Affairs, Carol introduced initiatives like the landmark Risk Management Program to allow grains and oilseeds, fruits and vegetables, cattle, hog, veal and sheep farmers to manage risks beyond their control, such as fluctuating costs and volatile market prices. Prior to her appointment to Cabinet, she served as Parliamentary Assistant at Municipal Affairs, Public Infrastructure Renewal and OMAFRA, was a key participant in the Liberal government’s Poverty Reduction Strategy and an inaugural member of the Rural and Northern Health Panel. First elected to town council in her home of Clinton in 1993, Carol became its Reeve a few months later. She also served on the Huron County Council, and was elected as the first Reeve of the amalgamated municipality of Central Huron and as Warden of Huron County in 1999 and 2000. She was a small business owner/operator prior to entering politics, and continues to reside in Clinton.Michael Coteau immigrated to Canada as a child and grew up in Flemingdon Park, a working-class neighbourhood in North York. The first member of his family to graduate high school and university, he started his own small business, worked as a community organiser and head of a national nonprofit. He was elected to the Toronto District School Board three times and served as vice-chair of the board, championing digital tools in the classroom, equity strategies and community use of schools. Coteau was elected three times as Member of Provincial Parliament for Don Valley East, and served in multiple ministries where he was tasked with bringing people together to fix tough files, including supports for children with autism, reforming services for children in care, delivering a successful Pan-Am Games, supporting film and cultural economic development, and implementing an anti-racism strategy. He and his wife, Lori, are raising two young daughters.Mitchell is Coteau’s 40th endorsement and joins a growing list of well over 1200 supporters and volunteers on Team Coteau. For more information and to schedule an interview:info@michaelcoteau.com