Custody Courts Beware of Role of Females In Violence.

As the vexed issue of inter partner violence which has again raised its ugly head like a lion half awake and easily awoken, we note the public discussions and outcry at these crimes.  It is difficult to classify them as crimes of passion even as they seem to be well planned and routinely executed.  Custody Courts tend to side with females as they paint men as only the ones involved in such atrocities.  Evidence seem to be pointing in other directions. Women are being so fingered as violent beings. Let us examine this vexed issue. 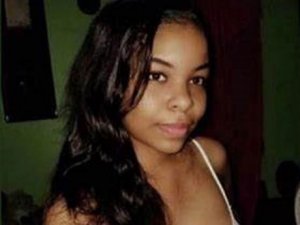 The recent killing of a 20 year old Kanice by an alleged 50 year old mechanic who has confessed to the crime. This incident has been on the lips of many Jamaicans. It has almost become a national passtime for veranda talk today.  Too many have been impacted in recent times by such atrocities. The females in our society have been giving the impression that they are by and large totally innocent and paragons of virtue, and as such have no role to play in the whole scheme of things as it relates to inter partner violence.  There is talk about even arming them with pepper spray.  To carry Pepper Spray is illegal in Jamaica is illegal. The criminal code would have to be amended to make the carrying if same to be legal.  The truth needs to be exposed on this inter partner violence issue.  Women groups are propping up like overnight mushrooms in a garden.

We know of the growth and prominence of the MeToo movement and how it has brought down some very high profile men.  Men seem to be under siege.  They are out up a real fight to dethrone men whom they claim have been abusing and sexually assaulting the fairer or weaker sex.  They have successfully painted themselves as victims and men as the vicious aggressors.  Full stop!

In a shocking if not earth shattering revelation, the Emmy Award winning journalist and media owner of Nationwide News Network (NNN) related to me on the 1st April 2021,  inter alia:

“When I was about 5 years old and living in Jones Town, Jamaica W. I.,  one day I saw a gang of women with sticks and machetes parading the streets. One looked at me menacingly.  I was scared. I was unhurt none the less. They were shouting violent lyrics and gesticulating gangland style.  So the question of female violence is not new to me . They are not totally innocent not at all”

I told Cliff Hughes in response that Dr. Herbert Gayle had researched and documented volumes of incidences in which numerous acts of violent events with women involved,  have occurred. Also women have been involved in communal violence and other gang related violence.  Women are not as innocent as we have been led to believe by our own Family Court in Jamaica, and Custody Courts elsewhere.

In the video the young missie in full view is the machete wielding woman’s daughter clearly heard cautioning her mother to stop. What example is this adult setting to a child?  As we all know children live what they learn.

Vision reported recently an incident in Hartford,  Westmoreland, Jamaica in which a woman was caught on camera beating a defenceless, unarmed man whom she accused of carrying her name to Llandilo, a housing scheme some twenty miles (20) 12km away called Westmoreland parish.  The video went viral on Social Media.  Her daughter is seen and heard her own child on the video, as stated above. What a shame!

This unarmed man was as helpless as George Floyd who was pinned to the ground by Derek Chauvin who is being tried accused for murdering George Floyd at this time.

“Machete wielding woman was a problem student from she attended  Petersfield Primary School at Hartford District in Westmoreland where I taught her.  She went on to Petersfield High which was nearby. She was very erratic and this pattern of conduct continued even when she became a mother.  She would go to her daughter’s school if there was a conflict with another child and intervene by taking matters in her own hands.  As was the case as shown on the video.”

It is crystal clear that to say that women are totally innocent of non-violent acts and are mainly victims has proved to be a false narrative.  Such a view is outdated and very far from the truth. Women are most violent beings and at times poke the fire that leads to many retaliatory responses from their male partners. Be advised that these retaliatory attacks are not here being condoned.  Violence in any shape or form especially in inter partner relationships need to be condemned. We frown on violence in any shape or form even if provoked. Just walk away. Full stop!

Hopeton O’Connor-Dennie is a veteran journalist who frowns on violence in any shape or form especially in inter partner relationships. He has International exposure. 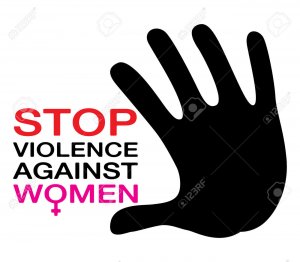