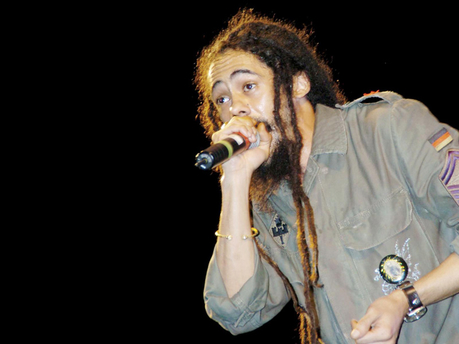 Less than a month after its line-up of top-tier Jamaican acts was announced on his Facebook page, Damian Marley’s inaugural ‘Welcome to Jamrock Reggae Cruise’ has sold out all of the 2,300 available cabins aboard the Norwegian Pearl cruise liner, Damian told Billboard.biz in an exclusive interview.

So named for Damian’s 2006 Best Reggae Album Grammy Award-winningWelcome to Jamrock (Universal Motown/Tuff Gong), which peaked at No. 7 on the Top 200, and its blockbuster title track which reached No. 55 on the Hot 100, the Welcome to Jamrock Reggae Cruise will sail from Miami to Jamaica, October 20-25, 2014, docking for daytime excursions and beach parties in the island’s resort towns, Montego Bay and Ocho Rios.

The enthusiastic, globe-spanning response to the cruise (cabins were purchased by reggae fans from Asia, Australia, Europe, the Caribbean and the Americas), signifies reggae’s broad-based, continual appeal, despite the genre’s persistently modest sales.

“Reggae doesn’t traditionally move a lot of numbers, but it is loved the world over and this cruise is a testament to that. We haven’t done any marketing except announcing the line-up in late September, and it sold out,” Damian toldBillboard.biz on the phone from his Miami studio.

The proliferation of successful American and internationally based reggae acts over the past few years, and their dominance on the Reggae Album chart prompted Damian to choose acts coming from the music’s birthplace for the inaugural Jamrock cruise, which will be an annual event. “Reggae’s root is Jamaica, and it seems that the world is losing a bit of that history, so we were very strict in having most of the line-up for the first cruise be of Jamaican heritage,” Damian stated.

“We are very excited to have a reggae success story and another platform to present artistes who we think so highly of,” added Damian’s manager, Dan Dalton of Red Light Management. “There has never been a fully chartered cruise ship devoted to reggae, so this will be like a festival with sound systems playing, a rocksteady lounge or dub lounge, an ’80s dancehall club – a multi-faceted Jamaican musical experience.”

For the original report go to http://jamaica-gleaner.com/gleaner/20131230/ent/ent1.html