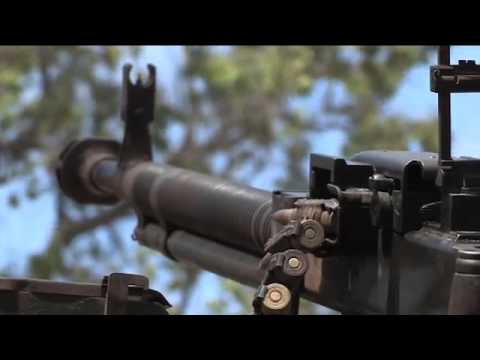 MOGADISHU, Somalia _ A day after Islamic extremists overran an African Union military base in Somalia, shaken residents of an adjacent town were describing the daring attack and its aftermath. One resident said some soldiers may have been taken captive by the rebels.

The attack early Tuesday happened next to the small farming town of Janale, 65 kilometres (40 miles) southwest of the capital Mogadishu. No official death toll has been given but Somalia’s extremist insurgents al-Shabab claimed that 50 soldiers were killed.

Ahmed Yasin told The Associated Press by phone that he saw at least nine dead soldiers inside the base, which was later looted by Janale residents. Masked al-Shabab fighters ran to the base and surrounded it, removing razor wire and sand-filled blast walls, he said.

Chants of “God is great” were heard amid the bursts of gunfire, a thunderous blast and other explosions, he said.

“After almost one hour the gunfire stopped and al-Shabab fighters started transporting armaments and troops’ belongings into awaiting cars,” said Yasin. “Al-Shabab later abandoned the base after emptying it of all belongings. I could see men in soldiers’ dress being forced into vehicles who might have been soldiers taken captive.”

Another witness, Hashi Sheikh Elmi, said there was “blood and soldiers’ uniforms everywhere” following the attack, with dead bodies behind blast walls. The base’s gate had been ripped off following an explosion, and a lifeless soldier sat still on a chair in his bunker near the gate, with his finger on the trigger, he said.

The African Union’s Somalia peacekeeping mission, known as AMISOM, said it needed more time to evaluate the casualties following what it called a complex attack on its base in Janale.

Al-Shabab said it had carried out the attack targeting the Ugandan contingent of the peacekeeping mission in retaliation for alleged killings by Ugandan troops of six men at a wedding in the nearby Somali port town of Merka in July, as well as the alleged raping of Somali women by Ugandan troops.

The extremists warned of more attacks as they retreated from Janale, according to witness Maalin Muhummed Nur: “One commander said, ‘You have to know that we are always around and will get any apostates among you … working with the enemy.”