Could Melania Trump Be Deported For Fraud?

The destruction caused by Hurricane Dorian is seen from the air, in Marsh Harbor, Abaco Island, Bahamas. The death toll from the storm is expected to climb. 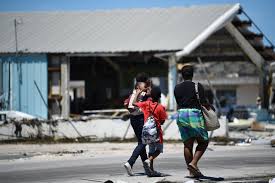 The death toll in the Bahamas has risen and is expected to further rise. Their health Minister a medical doctor,  has warned that mortuary services are being fortified in anticipation of further deaths as the recovery gets into top gear. He is quoted as saying that at least 12 more bodies have allegedly been recovered, but until they are officially certified as being “pronounced dead” the stats cannot be upgraded.

The health minister is painting a dismal picture as it relates to the death toll and projects that there will be a significant increase in deaths from hurricane Dorian, a category 5 storm packing winds of some 200 miles per hour. The cave find if true could take death toll to 23 +12? =35.?  This would be over a 700 percent increase over the 5 deaths originally reported when the breeze ceased.

Reports that the Bahamas PM Dr. Hubert Minnis who alleged has been pursuing a policy described as “Isolationist” will get a wake up call after this, and realize that no man is an island. 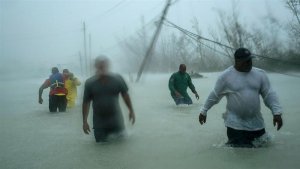 Allan Chastene, chairman of CARICOM our regional economic body has said in an interview monitored in Jamaica from the Bahamas that: “High praise for PM Holness for his swift response for already dispatching JDF (Army) who are already on the ground in the Bahamas leading the rescue operation.The St. Lucian PM Allan Chastain has also said the death toll will most definitely rise”.  He is touring Bahamas and will go to Abaco tomorrow. Abaco has been devastated. “I am very proud of our organizations and protocols that have been established over time … the police officers are integrated.”

“Barbados through PM Mottley has pledged 1/2 million US dollars. UN, PAHO, USAID … global and regional representation has been phenomenon… concern for broken school system is a concern”

Some areas have been under 10 feet of water. 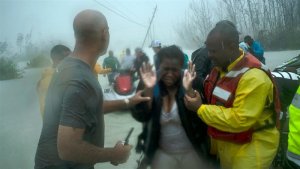 The team will be on the ground tomorrow so a better position can be arrived at.

We will give a further update in our next post on the Bahamas situation after hurricane Dorian.  PM Holness and Ralph Gonzalez have been singled out for high praise.

We hope PM Minnis will mend his ways as it relates to his alleged isolationist policy.
This should be a teachable moment to them all in the Bahamas.