Jury Deliberations And The Impact Of Such A Verdict

Veteran Reporter Michael Sharpe Transitions to the Heavens of Journalism

Derek Chauvin ex-cop of Minnesota, Minneapolis has been handcuffed having been found guilty on all 3 counts by a mixed jury. 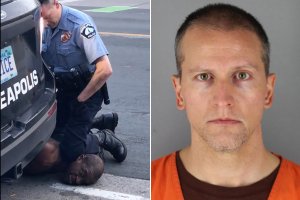 Let this data show. Black people have been treated poorly. The prosecution presented a very strong case. There is wild celebrating in the streets of many American cities. Especially in Minnesota, Minneapolis, USA.

Twenty million Americans marched. Right across America in protest to the brutality. The death of George Floyd crossed racial lines.  Finally we have accountability.

You must obey the law no one is  above the Law. Not even the police.

“America dogged a bullet. The Prosecutor laid out a powerful case.  I have not had an opportunity to speak to the family.”

Congress must now act now. Too many black kids get 20 years with far less evidence. This morning when you woke you were scared.

The jury deliberated for only 9 hours as stated before in my last posted story. They did not ask a single question. They were very clear in their minds.

Hopeton O’Connor-Dennie is a veteran journalist who has a special interest vin social justice. Delighted at the verdict.