Perspective: It’s Getting Harder for People of Color Like Me to Inhabit White Spaces 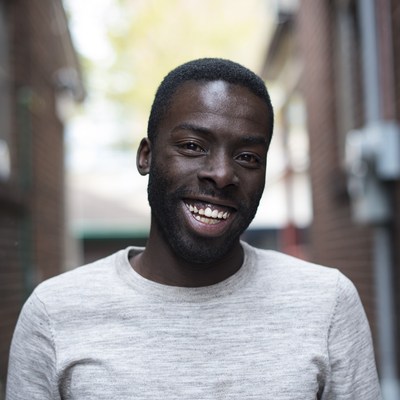 TORONTO, Dec. 14, 2017 /CNW/ – Desmond Cole has won the 2017 PEN Canada/Ken Filkow Prize. The $1,000 prize is awarded annually to an individual or group whose work has advanced freedom of expression in Canada.

In 2015, Cole wrote about his experience of being routinely stopped by police because of racial profiling for Toronto Life. “The Skin I’m In” earned him a following and Cole continued to comment on issues of race in Canada, often in connection with the practice of police carding, and the Black Lives Matter movement. In April 2017, Cole’s protest at Toronto Police Services Board meeting led to his departure from the Toronto Star after its editors told him activism was not compatible with his work as a columnist. The paper was widely criticized for its selective application of its policy on activism, most notably by former Star columnist and activist Michele Landsberg.

“Too often, Canada defines itself by looking out the window at its neighbour,” said Cole, “instead of looking in the mirror. We have to deal with our reflection, however uncomfortable that might be. I’m so honoured to receive this award.”

The PEN Canada/Ken Filkow Prize is named in memory of Kenneth A. Filkow, Q.C., a distinguished Winnipeg lawyer, former chair of the Manitoba Human Rights Commission, and an active member of PEN Canada’s Canadian Issues Committee. The prize is funded by Cynthia Wine, and former PEN Canada President, Philip Slayton, and juried by the current members of the Canadian Issues Committee. In 2016, the prize was awarded to author and blogger Raihan Abir, who fled Bangladesh to Canada in 2015 after receiving a series of death threats. The inaugural winner was the artist and environmentalist, Franke James.

Cole will formally receive the prize in February, as part of PEN Canada’s presentation for Freedom to Read Week at the Toronto Public Library (February 25 – March 3).

PEN Canada is a nonpartisan organization of writers that believes in the power of the written word. Together we celebrate literature, defend free expression, and aid persecuted writers. www.pencanada.ca

Our thanks to CNW Group for sponsoring this announcement.