Our Men and Women are true champions indeed – Grange

Did Portia Create An Atmosphere … Fertile For Betrayal … Portia Read no Print Nor Watched TV …? 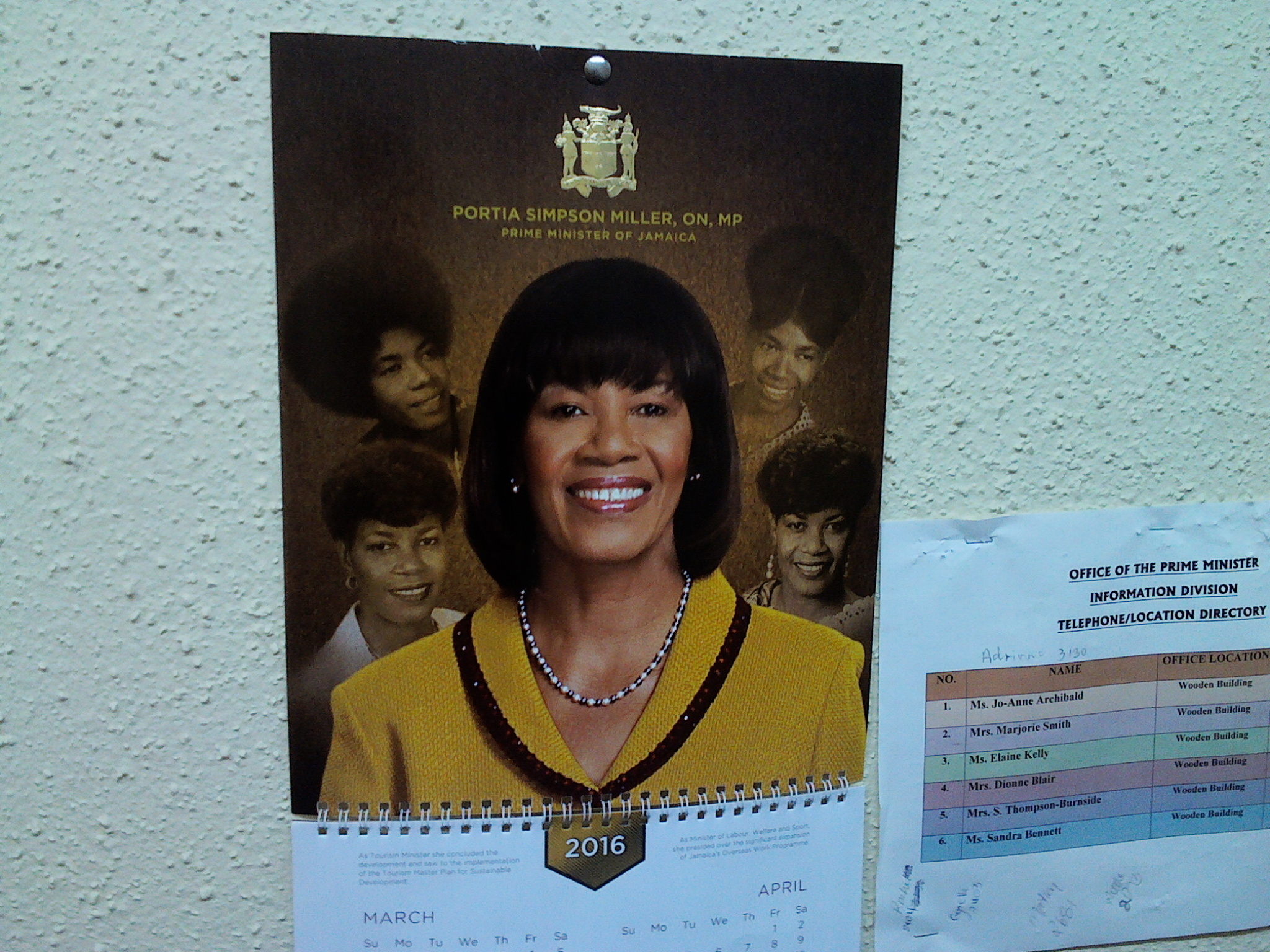 Recently my lawyer friend told of a client of hers who had been robbed twice and had her identity stolen. This is a very successful self made business woman of limited formal education but despite the odds was able to build a very successful investment portfolio and rather profitable business.

I asked her why is Pam so accident prone. Pam is not her real name. She told me “Some people for unexplained reasons are so trusting … even to the point of bordering on naivety.”

Does this explanation, somewhat explain why some people seem to always being exploited by others, especially those they put full trust and confidence in?

Sister P has defied many odds and has really done well for herself. She cannot be described as a fool. The lanky young miss from Wood Hall, St. Catherine has done well in an established male dominated vocation … that of politics … starting as a councillor rising through the ranks to PNP president and Prime Minister. From all reports Sister P or Mamma P as she is affectionately referred continues to serve with dedication.

When Portia by her own admission stated that she does not read the newspaper and does not watch TV news … was shocking and gave a rare insight into her lifestyle and mental state. The 64 million dollar question on the lips of any serious thinker could be : Is Portia for real?

How could anyone achieve so much and reached so far with such dubious credentials?

As this reality sank home it brought back a story my mother, a master teacher, shared with me about someone whom she called Sam … who was illiterate (could not read and write) who trusted a friend to read his love letters and other correspondence. His trusted friend eventually took over his girlfriend and he lost the love of his life. Sam had no control over the position he found himself in. He was never, and could not have, as he did not possess that mental capacity to take control. Is this what has happened in Portia’s case?

Portia, it should be noted is capable of reading and writing … well, to the best of our knowledge and belief. The real dilemma for Portia is the level of dependency she has as it relates to how much she surrenders to aides. Are these aides trustworthy and are they sufficiently loyal to her.? This is when trustworthiness is key.

The modern leader who needs to keep current has to be technologically Savvy. Gone are the days when you only listen to the radio and watch TV and listen to gossip.

This is an information age, no longer is pen or pencil the only tools for writing. This is the tablet or smart phone era. Even the most basic handset (cellular phone) can transmit a text message. The smart phone with the familiar Android technology is able to not only send text messages but emails and pictures/photographs … and can transmit same almost instantly. Failure to be able to use modern communications technology can be a real setback.

By not being able to access information first hand she would be at the mercy of aides who may have strange motivations. She could be misled and instant data needed in decision making could be caught up in undo delays.

PM Andrew Holness in contrast is very technology savvy and is wired into social media … Facebook, Instagram, email, Twitter etc. Holness knows how to reach the “articulate minority” … this ability has helped him to take political power in Jamaica W.I.

It usually takes close aides to conceive and exercise acts of betrayal. Julius Caesar was assassinated by a plot conceived by trusted aides Brutus and Cassius et al. Anwart Sadat was assassinated be his own revolutionary guards, in clear view of the world. Trusted army officers, who had likely taken oats of allegiance to protect their head of state.

The Manatt Enquiry has recorded that Dr. Peter Phillips under oath on the record testified that he secretly signed a binding bilateral agreement with the US without informing Portia et al. This was clearly a betrayal of trust. Why did he do this?

We have no concrete evidence, but we know Sandrea Falconer and Huntley Medley, were close to Portia, were trusted aides, and had ample opportunity to betray such a trust. Did this duo in particular betray Portia’s trust by their non performance and questionable conduct?

They did not cause information to flow readily to say journalists, they were confrontational and did not generally create an harmonious relationship with stakeholders. Viewers on TV always complained to me about Falconer in particular … they said she did not appear to treat journalists well.

Did Sister P create an atmosphere that proved to be fertile ground for betrayal? If this was so, we say this would be unfortunate. As usual you be the judge. The verdict is always yours as you are the critical mass and are more knowledgeable than any single one of us.