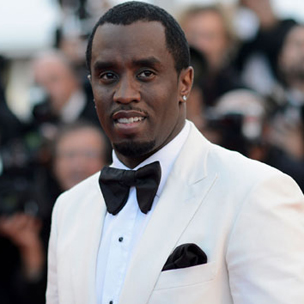 Diddy says his success is defined by the number of people he’s able to affect in a positive way.

Hip Hop entrepreneur Sean “Diddy” Combs may have topped both Forbes’ Hip-Hop’s Wealthiest Artists 2013 and Cash Kings 2013 lists, but according to the Bad Boy Records founder, it isn’t his wealth that solely defines his level of success.

During a sit-down conversation with Forbes, Diddy went on to state that it’s the impact he has in the lives of others that defines how successful he is. Diddy’s interview with Forbes comes shortly after he donated $250,000 to the Young Entrepreneur Network, an organization he feels he can “see the actual results of.”

“The way I define my success is how many people I’m able to affect their lives in a positive way…And from a kid coming from Harlem, if I can do it then hopefully that’ll inspire somebody else to do it,” said Diddy. “And another thing about being #1 on the list is that I openly accept the responsibility that comes with that. That economic power gives me the opportunity to give back. And so, because I was able to work hard and to earn that money, I’m able to take care of my family. I got six kids and that’s kind of expensive. And I was able to give away a quarter of a million dollars to an organization that I see the actual results of it building our future leaders, CEOs, and business owners.”

Diddy, whose net worth is said to be around $580 million, also clarified his standing on Forbes’ list by explaining to viewers that the money he’s worth isn’t the same as how much money he has in the bank. The Forbes list mainstay offered that clarification after being asked if he sees himself becoming Hip Hop’s first billionaire.

“I don’t know,” said Diddy, after being asked about securing the title of Hip Hop’s first billionaire. “I really can’t deny how humbling and how proud I am to be from Harlem, New York. Be from the inner-city and to be on the Forbes list. You know, I can’t deny that. But it doesn’t define me. If I become a billionaire or whatever the status is of what I’m worth. First of all, I do want to say to the Forbes cameras, I actually don’t—I want to tell you the truth. I don’t have that money in the bank. They’re saying that’s how much I’m worth. So, I don’t have that money in the bank. I want to make sure y’all are clear on that.”

On top of his involvement with Bad Boy Records, Diddy also has a deal with beverage company Diageo (owners of Ciroc, Crown Royal, Smirnoff, and other spirits). According to Forbes, on top or receiving a percentage of profits from Ciroc each year, the 43-year-old entrepreneur could receive millions if the brand is ever sold.

In addition to his deal with Diageo and Ciroc, Diddy is also heavily involved with Sean John clothing, The Blue Flame Agency, and Revolt television network.

For the original report go to http://www.hiphopdx.com/index/news/id.25719/title.diddy-clarifies-net-worth-after-forbes-cash-kings-article