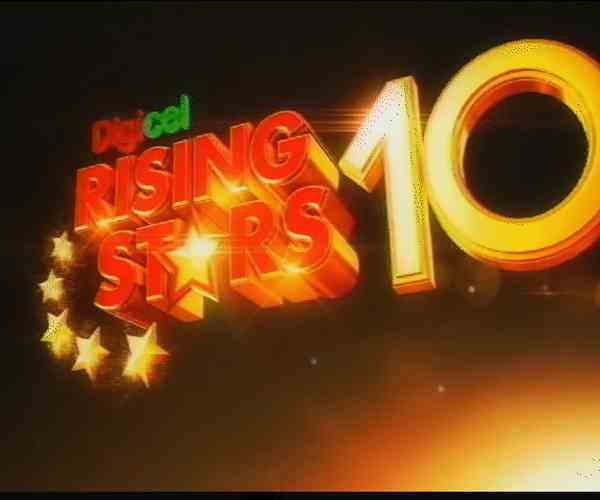 And then there were four. It seems like just yesterday that 14 contestants started their quest for the title of Digicel Rising Star 2013. After 10 live shows and nine eliminations, only four hopeful talents remain.

It was an emotional Saturday night last week for Kenny Smith, although it was Tish Brown who was sent home. “I really didn’t think I campaigned enough last week and I wasn’t confident in my performance, but I feel great that I didn’t go home,” said the 18-year-old, who hails from St Elizabeth.

Emotions aside, it’s crunch time now for these four contestants. “Everybody sort of expected Kenny to go home. We were all shocked that Tish left. everybody, including Kenny, was shocked. So yeah, that was a reminder that we really need to step up the game,” said Verlando, the competition’s lone saxophonist.

With mixed comments from the judges and their own critique of their performances, the Digicel Rising Starscontestants know they have their work cut out for them. Guest judge Bugle encouraged them with these words: “hard work overcomes all difficulties.” And they will be seeking to do just that: overcome all their difficulties and belt out crowd-pleasing performances.

“You have to be strategic. I think about the competition like a game of chess. The most strategic person wins,” the ‘sax man’, Verlando, said.

And who is that most strategic person? Who is the person all the other contestants are watching out for? It is Kadian.

The competition’s only lady believes Verlando is her biggest threat. “He plays the saxophone. It’s something different. It sounds good and people really like him,” the reggae/pop singer added.

Craigy T’s wild card, Kenny, admits that “all of them sound good and they all pose a threat. I’m trying not to focus too much on any one person, though. I just want to show my talent because it’s a talent show”.

One of the aims of Digicel Rising Stars is to prepare the contestants for the music industry in the ‘real world’, and so far, it seems they are on point since all four have confirmed that they are ready for their big break. Since they all started out at home, singing or playing instruments with purely raw talent, there have been some challenges that they have had to overcome.

Verlando stated: “the dressing gave me a fight for a while. I am not used to someone dressing me and taking a whole afternoon to shop. But I am working on it.” However, Ramian admitted that he could adapt to the star life. “there were no challenges for me in that regard.” Kenny echoed his sentiments, noting that “as long as it’s something to do with music, I’m good”.

They also added that last Sunday’s performance was one of the most difficult since they were not able to choose their own songs. But they are not crying over spilt milk and have already moved on, focusing on how to come bigger and better tomorrow night.

Will Anthony’s prediction of the final two come true? Stay tuned to Digicel Rising Stars season 10 to find out!

By: Jamaica Star
For the original report go to http://jamaica-star.com/thestar/20130907/ent/ent6.html