Reduction In Backlog Of Garbage 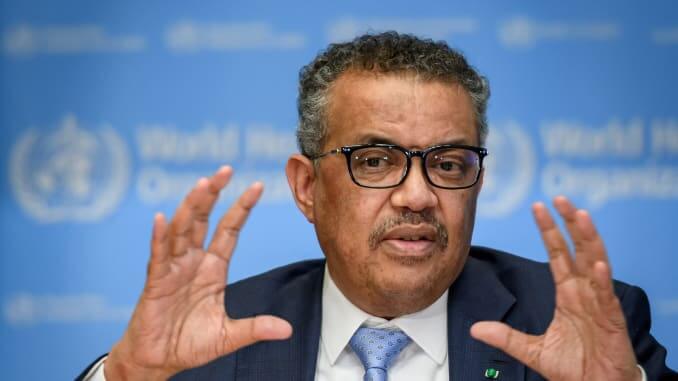 Racism has raised its ugly head as vaccine to find a cure to fight the COVID 19 pandemic exposed the long perceived view that blacks have been viewed by those referred to as the white race as not their equals. The white race see blacks as the lower class. You may recall the “Black Lives Matter” movement in the USA. In Canada the “”Carding” of black folks is institutionalized in the white dominated police forces there. Carding has been outlawed, but profiling of blacks and visible minorities continue.

In a stinging rebuke the Director General of the World Health Organization (WHO), has referred to comments attributed to two Doctors/French Scientists that COVID 19 vaccines should be tested on Africans … effectively using them as “human guinea pigs”. One of the accused French Scientists has since apologized for what has been deemed as racist comments regarding black people.

It is widely known and not dismissed that black people were used as part of official policy were infested with Syphilis. A noted sex related disease that is believed to cause mental illness in the long term. There has been a great stigma associated with syphilis which is a dreaded sexually transmitted disease. This disease can be successfully treated, but once someone is infected this (infection) never leaves the blood stream. This contention is believed based on clinical findings.

Black people of the tswegee tribe were infested with Syphilis as a “legalized” test programme so as to get research data as to how the (Syphilis) infection would react in people considered to be of a lower class. We have long argued that there is no super race. Hitler was wrong. Also that “Racism is an affront to decency”.

It is my further perspective that COVID 19 was developed in some lab to be possibly used in chemical warfare. The world powers mainly China and the USA are secretly at war. We have no concrete evidence to support our view, but would not be surprised if this were so. Chemical warfare is no myth of the imagination. We wondered how long before racism would raise its ugly head as it relates to COVID 19 and a search to discover a vaccine to cure same.

History seem to have a way of repeating itself. There is a saying in Jamaica that “lightning never strikes twice at the same place” is this widely held view accurate? Will the secret undeclared war between the superpowers ever end? We do not think this rivalry for supremacy will never end. What a pity!

We have to be alert. The greed to get tons of money from a vaccine is also a big deal. The pharmaceutical/
drug companies are greedy and will be tempted to stop at nothing to fleece the anxious consumer seeking a cure for the deadly Covid-19. Over one million infected worldwide and Thousands have died. We see President Trump already pushing a drug used to treat Lupus as a possible cure or treatment for COVID 19. This drug is not properly tested for Covid-19. Alarm bells are sounding. It is all so complex.

Blacks seem less likely to die from Covid-19. Is this really so?

These are our perspectives. What is yours? As usual, the verdict is yours.