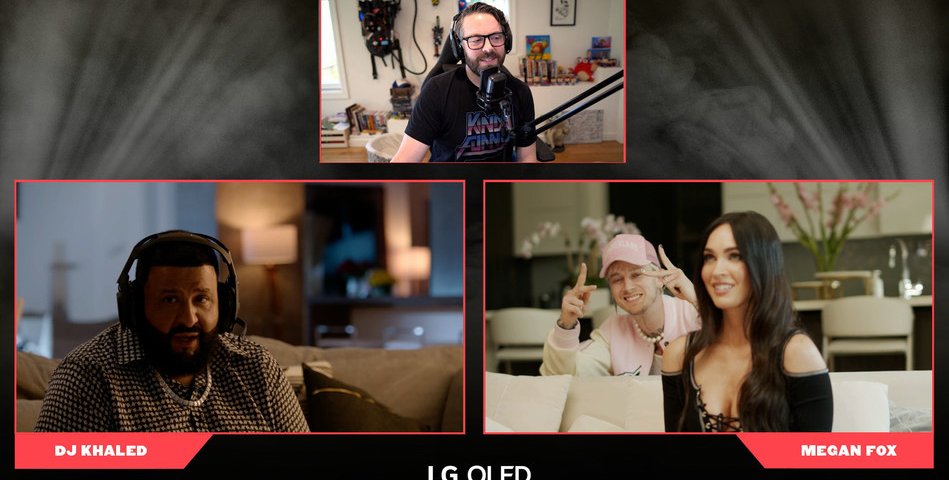 The two superstars engaged in playful smack talk leading up to and during the competition, and the pair was even joined by Megan’s rockstar boyfriend Machine Gun Kelly during the event, who helped cheer her on as she took down DJ Khaled. Despite losing to Khaled in Round 1, Megan ultimately came out on top in Round 2 and 3, crowning her the Fortnite winner.

Only on OLED features unparalleled access to a live celebrity gaming face-off series, docu-style short films featuring professional star athletes and exclusive sneak peeks at never-before-seen content from some of this year’s most anticipated movie releases, available only on LG TV’s FOMO Channel app on its webOS smart TV platform.

Beyond gaming entertainment, Only on OLED will also deliver exclusive sports and movie experiences featuring star athletes and some of the most anticipated movie releases of 2021. Launching this spring, Only on OLED will debut two bespoke short films featuring professional football and basketball superstars taking fans behind-the-scenes for a glimpse into the story behind the player. Giving LG owners exclusive access to the most sought-after new content from some of the world’s biggest movies, LG USA is excited to offer behind-the-scenes looks from a few of this year’s highly anticipated film releases, available exclusively on LG OLED TVs. More details on these programs will be announced at a later date.

LG was the first to introduce transformative OLED technology to large screen TVs, and today, more than one million LG OLED TVs have been sold in the United States. Experts worldwide have hailed LG OLED as the best TV technology ever, thanks to its unique ability to create its own light. Only OLED features over 8.2 million self-lit pixels that can be individually controlled, resulting in the deepest black levels, greater detail in darker areas, and rich colors for superior and realistic picture quality. For gaming and dynamic sports and movie content, the responsiveness and smoothness of the OLED viewing experience is unmatched.