DO CHRISTIANS BELONG IN POLITICS? 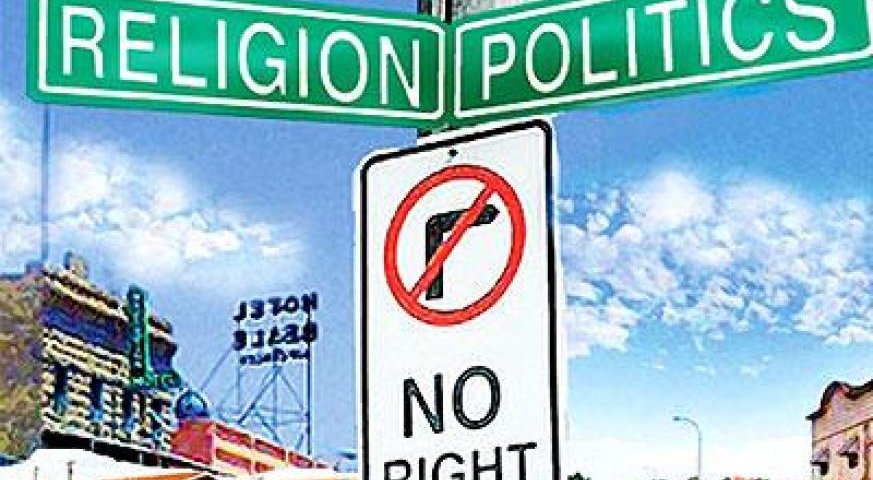 The relationship between Christianity and politics is a historically complex subject and a frequent source of disagreement throughout the history of Christianity, as well as with modern day Christian. Many believe that Christians should have little interest or participate in politics or government.

In Matthew 5:13-16, Jesus calls on his disciples to be ‘salt’ and ‘light’ in the world. What He means is that Christians are called to bring out the colors of God right here in our homes, universities, businesses and even in our politics.

Not only is politics just one area where we need to represent God here on earth, it is also a platform upon which we can carry out God’s command to give a voice to the voiceless (Proverbs 31:8) and help those in need (Ephesians 4:28). The Bible gives us truths regarding the Christian stance toward politics and government.

RESPECT AUTHORITY
God has His hand in politics and puts those in power for a reason. Romans 13:1-3 says “Everyone must submit to governing authorities. For all authority comes from God and those in powers of authority have been placed there by God. So anyone who rebels against authority is rebelling against what God has instituted and they will be punished. For the authorities do not strike fear in people who are doing wrong”. This is echoed again in 1 Peter 2:13-16 which says “Submit yourselves for the Lord’s sake to the emperor, as the supreme authority, or to governors, who are sent by Him to punish those who do right. For it is God’s will that by doing good you should silence the ignorant talk of foolish people. Live as free people but do not use your freedom as a cover up for evil. There is no doubt that our responsibility to government is to obey the laws and be good citizens (Romans 13: 1-2). God has established all authority and He does so for our benefit.

ALWAYS PUT GOD FIRST
Though we are told to respect our leaders, we cannot forget who our ultimate leader is, God. God permeates and supersedes every aspect of life. It is God’s will that takes precedence over everything and everyone (Matthew 6:33). In fact, it is God who “sets up kings and deposed them” (Daniel 2:21) because “The Most High is sovereign over the kingdoms of men and gives them to anyone he wishes (Daniel 4:17). What this means is that politics is merely a method God uses to accomplish His will. Even though some men abuse their political power, meaning it for evil, in the end, God means it for good, working “all things together for the good of those who love Him, who have been called according to His purpose (Romans 8:28). At the end of the day, God is our true ruler. Isaiah 33:22 reminds us “for the Lord is our judge, the Lord is our lawgiver, the Lord is our king, it is He who will save us”.

PRAY FOR OUR LEADERS
The Bible calls on Christians to respect our leaders and one way we can do so is by praying for them. 1 Timothy 2:1-4 tells us “first of all” then I urge that supplications, prayers, intercession and thanksgivings be made for all people, for kings and all who are in high positions, that we may lead a peaceful life, godly and dignified in every way. This is good and pleases God our Saviour, who wants all people to be saved and to come to a knowledge of the truth.

WE HAVE TO PAY OUR TAXES
Though no one likes to pay the government, the Bible actually tells us it is part of our duties. Romans 13: 6-7 says “Pay your taxes, too, for these same reasons. For government workers need to be paid. They are serving God in what they do. Go pay to everyone what you owe them. Pay your taxes and government fees to those who collect them and give respect and Honour to those who are in authority”.

A better question might not be why should Christians get involve in politics but why should Christians lead. The answer is clear, if Christians don’t step up and be decision-makers, someone else will. While we may see politics as a “dirty game”, just like your bath, it never gets cleaned by you standing outside shouting at it, it requires you to get in it and clean it.

In my view, for a marked change, we need more Christians in politics. Christians who enter politics with motives outside the Christian faith, are usually brought to shame more than the unsaved.