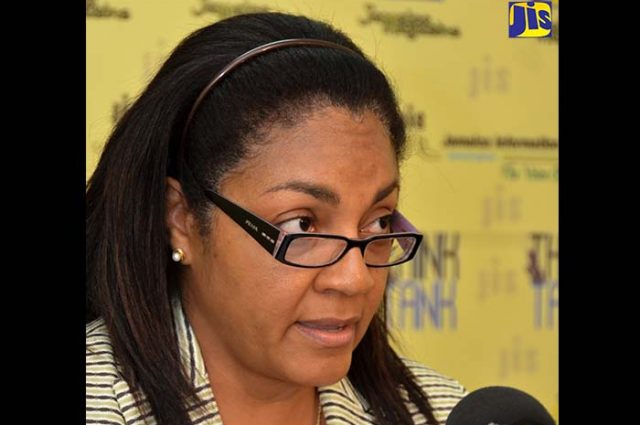 Domestic workers can claim for maternity leave allowance for a maximum period of eight weeks.

“This benefit is for persons employed as domestic workers, as the Maternity Leave Law does not make provision for domestic workers to be paid while on maternity leave, so this is where the NIS kicks in,” she pointed out.

Maternity leave allowance may be claimed no earlier than 11 weeks before the expected date of delivery and no later than six months after delivery.

Requirements for this benefit include 26 or more NIS contributions during the last 52 weeks by the worker, prior to becoming pregnant, as well as the submission of a medical certificate.

The allowance should be equal to the National Minimum Wage in force at the time of entitlement.

“We pay maternity allowance, which is linked to the National Minimum Wage. This is paid at eight weeks, so it is a lump sum that is given and there is no limit to the number of allowances that can be paid,” Ms. Magnus noted.

In accordance with the Maternity Leave Act, workers must inform the employer about absence from work and the date of return after delivery; produce a certificate from a registered medical practitioner, or midwife, confirming the expected date of birth of the child, if requested by the employer; and give at least three weeks’ notice of intention to return to work.

Another protection afforded under the Act is the employee’s right to return to work without loss of benefit or seniority.

The employer will be guilty of an offence and liable under the law if the employment of the worker is terminated, wholly or partially, due to pregnancy or delivery without probable cause.