Tiger Woods puts career worst 85 behind him, but still a long road in front of him 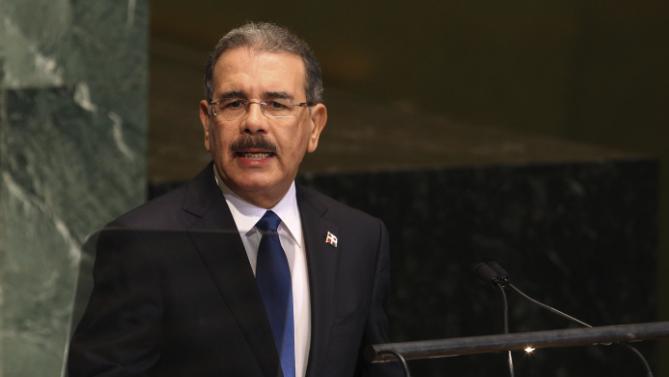 A special assembly debated the issue for about two hours before voting 183-38 in favour of the proposal, which requires two-thirds approval and has drawn strong public opposition. Legislators are scheduled to meet again on Friday for a final vote. The majority of the more than 200 legislators that make up the assembly favour the change.

The proposal could allow President Danilo Medina to run for re-election next year, and it has split the ruling party. Party officials pushed for the measure after opinion polls suggested Medina had a better chance of winning the 2016 presidential election than his predecessor, Leonel Fernandez. Medina has not said yet whether he will seek re-election, while it is unclear whether Fernandez will run next year in what would be his fourth term as president.

Opponents say it’s an unfair move that does not take public opinion into account.

“It might be legal, but it’s not legitimate,” legislator Guadalupe Valdez said.

One senator also proposed that if presidents are granted a consecutive re-election, that they be barred from running for vice-president in the future. Legislators approved that additional measure.

The vote comes just days after legislators established a special assembly to debate the issue. Opposition leaders and those from the ruling party who opposed the measure reached a deal in which they were guaranteed certain positions and nominations if they supported it.