3 men killed in shootout with Trinidad police officers during raid 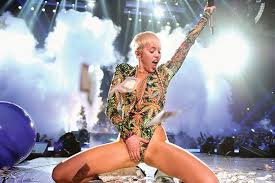 In a decision made by the Dominican Republics government commission that oversees public performances it has banned Miley Cyrus from performing at a September 13th Concert.

Tickets ranging from $27 to $370 for the concert in the capital have been on sale since July.

The commission said in a statement Thursday it took the action because Cyrus often, in its words, “undertakes acts that go against morals and customs, which are punishable by Dominican law.”

A representative for Cyrus did not immediately respond to a request for comment nor did concert organizers comment on the ban.