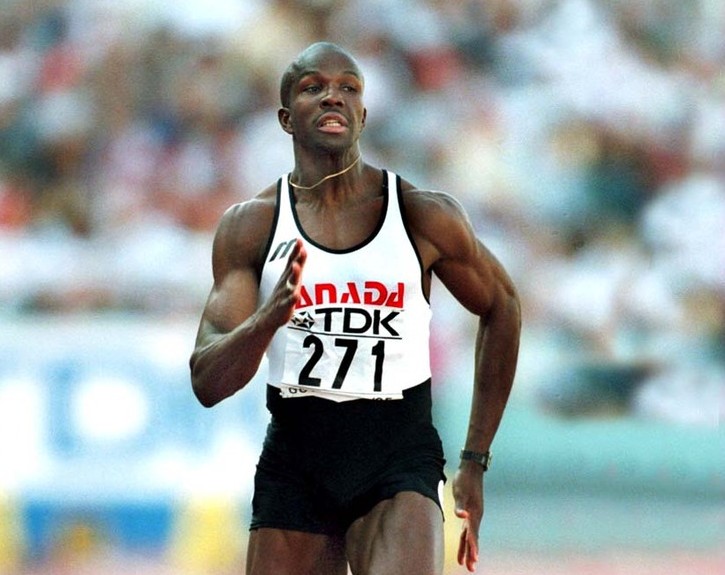 We are extremely proud to be associated with this outstanding world citizen who has distinguished himself in sport and broadcasting.

Donovan Bailey has made an indelible make on the sands of time in the field of athletics. A world beater, with enviable Olympic accolades. With sub ten clocking in the 100 metres race of 9. 84 seconds, Bailey joins an elite list of athletes who have achieved same. Usain Bolt and Asafa Powell are among notable Jamaicans with others both regionally and else where.

Contacted by phone the senior Bailey was ecstatic.

SIC: Are you aware that your son has been awarded the Order of Ontario?

SIC: What is your reaction to the news?

GB: “I congratulate him, he is a hard working guy. He deserves whatever he gets. Until I hear officially … I will say more, however,  I want to congratulate him on what he does. He was in Rio, Brazil working with the CBC broadcasting with them. He is active and busy all the time. I wish him all the best.”

SIC: How are you doing?

GB: “I am keeping good. Donovan was in Jamaica recently, he just went back to Canada.” George Bailey senior concluded our exclusive interview.

George Bailey, senior and his late wife Daisy are personally known to me.  Daddy George is a member of the Brotherhood Of St Andrew (BSA). an international men’s organization in the worldwide Anglican Communion.  We met recently (October 2016) at a Special Convention, at the Church of St. Margaret, St. Andrew, Jamaica, W.I.

Vision Newspaper wishes Donovan Bailey our congratulations as a most deserving award for Order Of Ontario.