There has been an unfortunate spat between DPP Paula Llewellyn, our constitutional enshrined prosecutor and the Commissioner of INDECOM Terrence Williams a body that is a Commission of Parliament. This public spat is unprecedented to say the least. It was a strident DPP who came out swinging. She said inter alia:

“I was forced to break my silence as it relates to the matter of giving INDECOM powers of arrest … they have made great strides at improvement, but they need to improve their investigative skills and must learn to crawl, walk and run before granted further powers of arrest”

Responding to the utterances of the DPP the INDECOM Commissioner Terrence Williams dismissed her charges.

“It is wrong for the DPP to publicly criticize INDECOM. This is why our relationship is far from perfect”. Terrence Williams concluded, sounding a dignified tone of controlled indignation. 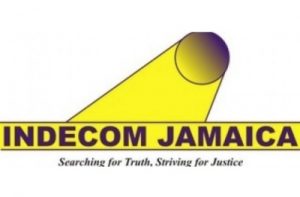 “INDECOM needs to learn to crawl, walk and run before they are given more prosecutorial powers to arrest”
I have more experience than he has. This is my 35 years as a prosecutor. I have the file, I have the papers.” Llewellyn further asserted.

Why was INDECOM set up?

INDECOM was set up to deal with police excesses. It is an undisputed
fact that there have been anecdotal accounts of extrajudicial killings mainly by the police and by extension the security forces. There have been notable if not notorious incidences of police/security forces excesses.

Green Bay massacre, Braeton Seven (7) and Crawl killings to name a few. To date no members of the security forces have been convicted for these atrocities. They have allegedly gotten away with amounts to cold-blooded murder. 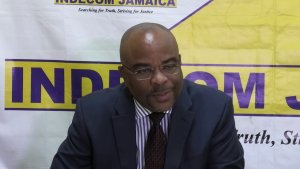 All of us are entitled to respect for life. We are not an Island unto ourselves. We are part of a wider world stage in which citizens see and hear of police excesses elsewhere. For example, all on this planet have heard of George Floyd who was murdered by four now ex white police officers led by Derek Chauvin. All four now dismissed police officers have been charged with manslaughter. It was Thomas Jefferson, a former US president who said to this effect:

“The right to life, liberty … and the pursuit of happiness …’

Many suspects, some of whom are not even been every wanted by the police have on occasions been at the wrong place at the wrong time. Some have been lucky to get away to tell the tale. For example: we learnt of the Green Bay massacre in Jamaica … because there were survivors. We are a oral society, but today phone videos are helping to bridge this gap. Without that young lady’s video and others … Derek Chauvin and his murderous gang would likely get away without facing justice. Convicting them is another matter.

We would have thought that if the DPP wants us to take her and the office she occupies seriously, then instead of boasting about how many years she is in office instead, she would focus on what is the legacy she will leave behind of real lasting value to our society. Dignity, diplomacy and graciousness are
priceless commodities which dictate the way we conduct ourselves at all times. What about turning the other cheek? Are those too laudable qualities to expect from the holder of the office of the DPP? We hope not.

For the DPP to be gloating of her longevity in office, why not try to be a team player? It is all about stopping the bad guys or gals in their tracks and not about beating one’s chest and gloat to the detriment of weakening the administration of Justice by showing up the weaknesses of another team member. “United we stand and divided we fall”. We all know that truism. 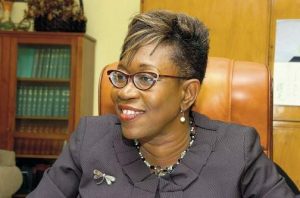 The unwarranted attack by the DPP on INDECOM can only serve to embolden those unprofessional elements in the police Federation and by extension their rank and file membership of some 12,000 strong members. Let us not underestimate the image being portrayed. Do you think the public is stupid? People are far more exposed these days. Social media allows for the sharing of ideas. Discussion and analysis are done with greater success. This information highway has revolutionized daily life. At the click of a button on say your smart phone, tablet or related devices, the world is at your fingertips. Google search engine makes this possible.

The DPP said she was peeved by criticisms of her office by comments attributed to (JFJ) as to the pile up of cases yet to be prosecuted. Why use her anger to publicly demean INDECOM? She commented that she wonders who instructed JFJ? Instead, why not meet with the parties and speak to them privately. The public space is not the venue for cas cas madam DPP.

We must engage our brain before we articulate our tongue. Hold your tongue and swallow your venom Ms. Llewellyn. For example when the DPP disclosed that INDECOM used the wrong Indictment in prosecuting a certain case is distasteful, demeaning, disgusting and disgraceful to say the least. She went just too far. Certain things are not fit for public consumption. Your utterance is nothing for any of us to be proud of. Be guided by good sense and acceptable decorum madam DPP. If you find the stove too hot then leave the kitchen. Heat in the kitchen is the nature of the beast. Tenement yard type conduct has no place on national radio or elsewhere in the public space. 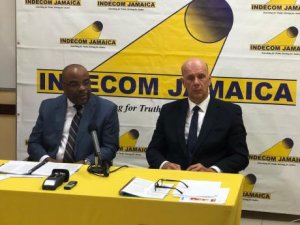 We are eternally grateful to INDECOM’s Hamish Campbell for informing us that:

“66 percent of police killings, the victims had no guns or weapons”. Is this cold-blooded murder?

Having examined all the facts available to us. We now rest our case. That is why we conclude that the alleged attack on INDECOM by allegedly the DPP is sleazy, stupid, scandalous and shameful. This is a sad day. We expect better from her the holder of such a high constitutional office as that of the DPP.

INDECOM has demonstrated that it is worthy to be granted the powers of arrest. It is not perfect, but is the DPP and her Office perfect? Her office has bundled at least two high profile cases in recent memory (1) The PNP’s former MP Kern Spencer light bulb fraud case (2) The X6 murder case. Time does not allow for a full-time discussion on these two cases lost, but a search of the internet could be helpful.

The verdict as usual is always yours. 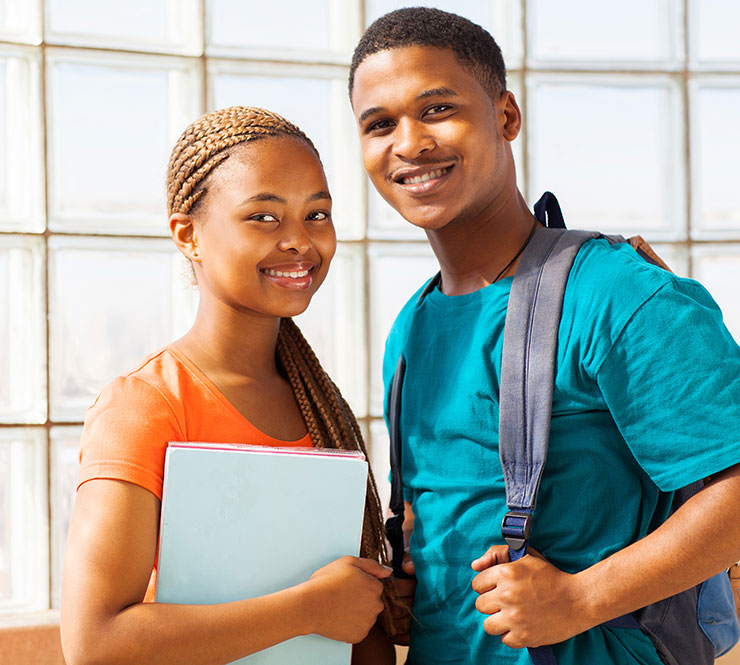