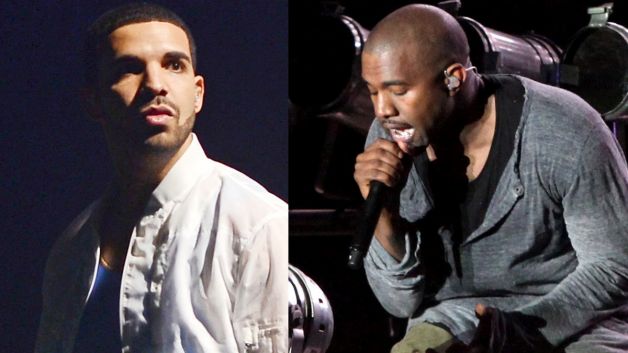 This bromance could evolve into so much more. After exchanging compliments about each other in separate interviews, Drake and Kanye West gave fans in Toronto a surprise-filled weekend.

West joined Drake on stage at the Hoxton, a Toronto club, Sunday (Dec. 22) for a Yeezus after party. He called Drizzy “a rap god,” then assisted the Canadian rapper with a rendition of his “Headlines” and “Worst Behavior.”

The following night, at the final Yeezus tour stop, Drizzy joined West to help him deliver their 2009 collab “Forever,” and stayed for an extra treat: “All Me” off Nothing Was the Same.

Could new music or other collabs be on the way? Anything’s possible, especially with these two.

Earlier this year, Drake brought out West in his hometown for his OVO Fest. He later told Vibe for his “Race Issue” cover story that he sees Yeezy as his only competition. “He’s, like, the best. What an era to be a part of. I wouldn’t want my competition to be anybody else. My competition is nobody else, by the way. It’s just me and ‘Ye. I still have work to do, but that’s what it is right now.”

West recently acknowledged Drake as, well, saying that he and Drizzy have changed the rap game. “I was the first rapper to come up and say, ‘Let’s stop hip hop homophobia’ and Drake is the first rapper to say, ‘Hey, let’s start respecting the women more,'” West told WPGC. “He came and said, ‘Wait a second, we’re not just going to be like droppin’ the b-word all day long because it does impact our women and take away from the idea of family.”

The newly engaged Chicago-bred rapper plans to drop a Yeezus follow-up in 2014. No word yet on whether or not Drake will nab a feature on one of those eight tracks.

For the original report go to http://www.bet.com/news/music/2013/12/24/drake-joins-kanye-west-on-yeezus-tour.html