Corrrection: Please note a Previous version of this story used a picture that was not Leighton “Livity” Coke.  This has been corrected and we offer our sincere apologies for the misinformation. 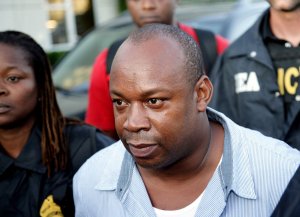 Section 4 the Court has the power to apply

Section 4, subsection 1 of the constitution empowers the DPP to act by instituting or discontinuing prosecutions. The issue of an abuse of process does not apply at this stage. The police said there was disturbance in the area of West Kingston, and witnesses cannot be found.  The DPP’s office has to take into consideration the public interest. The accused were in custody since 2018.  I cannot take a narrow view. I have to leave the door open in event there is  a change and witnesses can be found.

“The role of the judge is just to see the process to completion. The DPP has the power to invoke a noille prosequi.  As in the case of abuse of process.  At lower courts there is is some confusion as to whether this can be done at a lower court. That nolle prosequi is unassailable.”

I respect what he has to say. But we are not in court. The court does not have any such discretion.  We may have certain pieces of information. I do not agree that codification is necessary. The DPP asked the defence bar to comment on the judges decision to delay the matter. 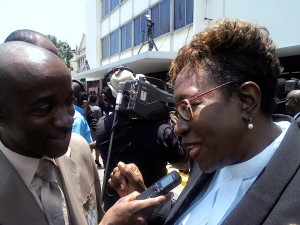 DPP: The matter came up in October. The police assured that the witness would be available.  The witness refused to go on the witness protection programme.  We send witness on island or off island.   Witness is at times paid off.  I at times have to try to persuade a witness to attend.”

The safety of witnesses is paramount in all cases, but more so as it relates to certain high profile cases involving alleged gangsters.  Many witnesses or either paid off, disappear conveniently or plainly killed so they will not be available to testify against these alleged violence producers as they are often referred to as.”

Livity Coke and two others have been on the police blotters for some while now. So when you cage such potentially elusive birds there is marked reluctance to see them set free. The learned High Court Judge Pusey may have been alluding to that, but the Charter Rights of the accused cannot be allowed to be trampled on.

Hopeton O’Connor-Dennie is a veteran journalist with a keen interest in decency & fair play in public life.  He has International exposure.