‘Suge’ Knight given time to hire new lawyer in robbery case, appears in court in wheelchair

Duo of rapper Wale, comedian Jerry Seinfeld land at No.1 with album, ‘The Album About Nothing’ 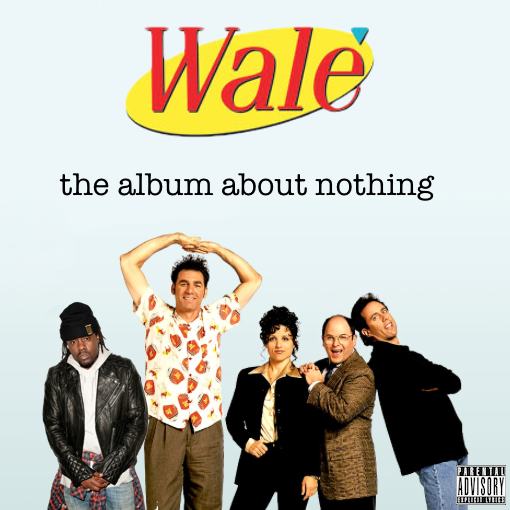 ATLANTA _ Wale always wanted to feature Jerry Seinfeld in his music, but didn’t know how to reach the superstar actor-comedian, who initially knew nothing about the rapper.

But then the Grammy-nominated performer met Seinfeld’s wife, a Wale fan and hip-hop enthusiast.

“She’s a big hip-hop fan and of my music,” Wale said of Jessica Seinfeld, a cookbook author and philanthropist who Wale said has many friends in the hip-hop industry, including Jay Z. “She was the middle man on a lot of things because Jerry is super busy. He’s not an easy person to reach. But she was able to put it all together.”

Sure, some would call Wale and Seinfeld an odd couple. But when they met, Wale said, they instantly clicked.

The duo spent two years working together and Wale calls their chemistry “natural.” Now, the rapper is eager for listeners to hear the finish product, “The Album About Nothing,” which debuted at No. 1 on the Billboard 200 albums chart this week and dethroned Kendrick Lamar’s “To Pimp a Butterfly.”

“I liked his outlook on certain things. He’s super smart,” Wale said of Seinfeld. “He’s a wise person that I can learn a lot from and knows about the entertainment business.”

Seinfeld isn’t rapping on the album. Instead, he is what Wale calls the album’s “narrator,” offering his insightful commentary on each track to bring clarity to the rapper’s lyrics.

“He laid the foundation of most of the songs, so in the concept of the album, he’s the other voice,” Wale said.

The album also includes dialogue from the epic “Seinfeld” series, much like Wale’s previous mixtapes, “Mixtape About Nothing” and “More About Nothing.”

Wale, whose hits include “Lotus Flower Bomb” and “Bad,” also tackles serious topics on his fourth album: He opens up about his former girlfriend’s miscarriage and his cousin’s death. The performer, 31, said he fell into depression and turned to drugs following those hardships.

“That was a tough period for me. It was a struggle for me after those incidents. Everything almost happened at once,” Wale said.

Wale said he was also unhappy with the direction of his career, believing he wasn’t getting the same respect as his competitors like Lamar, Drake and J. Cole. He said reading negative comments on social media about his music and character disturbed him, though he didn’t let it completely dominate his thoughts.

“I know I’m in good company,” he said. “Each of them has told me my work was incredible. … It’s frustrating sometimes when people let things outside my music dictate their feelings about me. But at the end of the day, the respect of my peers is all that matters.”