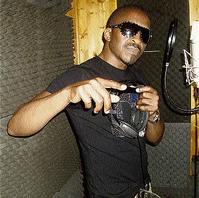 UK-based artiste Dutch has scored a radio hit called ‘Baby’ featuring Gully Bop. The song has been enjoying great airplay on IRIE, HITZ and SunCity Radio over the past month.

The song, which is featured on a rhythm that samples My Boy Lollipop, has been creating a buzz.

“When Gully Bop came to London this year, I let him have a listen to it, and he liked it, and loved the idea, so we booked some studio time and execute it with precision. Disc jockeys have now begun to link me for the song, and I start my street promotion soon,” Dutch said.

The rhythm is part of the single’s early success.

“We tried to create a commercial sound of fifties. It is a fusion riddim, with ska, drum and bass, with a bit of dancehall that give us a unique sound. It is a happy song that can be related to in our everyday life,” he said.

A video for the song is now in rotation.

Dutch was born in Kingston, but he grew up with grandparents and Niagara, St James. He grew up listening to artistes such as Elvis Presley, Jimmy Cliff, John Holt, Bob Marley, and Johnny Cash. He was a hit among the elderly in the community because of his voice.

In 1986, he joined Supreme Promotions, where he recorded his first single, Show Business. He then joined the Music System Merchant, where he honed his skills as a deejay, clashing with rival sounds.

He continued to record until he migrated to England in 1999.

“I came to England to escape from bloody Kingston city, and like most Jamaicans, I wanted a new start,” he said.

Once he got his immigration papers sorted out, he began to record again after a hiatus of almost 15 years.

“I hit back the studios, Shape Edge, G Vibes studio, Sting Ray studio with Mafia and Fluxy, Fitzroy the wizard engineer. I have made over 15 rhythm tracks,” he said.

Dutch is now in the island promoting Baby.

“With God by my side and the right team, no doubt I will get there. I will never be ungrateful,” he said.