fastest woman in the world.  It is no longer a secret that Thompson Herrah has now left world class coach Stephen Francis. 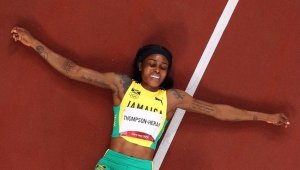 Omar McLeod, Chris Gayle and Elaine Thompson Herrah could have caused damage to their image by their unfortunate utterances.  As Samuda has put it these athletes need to be conversant or poses skills like social psychology, emotional intelligence and other skills needed to succeed in today’s world. These people skills can prove to be priceless.

These athletes may have done serious damage to their brand image and may have brought themselves, the sport and nation into disrepute. Every move you make at that level has a dollar value. To quote a popular Jamaican saying:

‘The higher the monkey climbs, the more it exposes itself”

The world’s fastest woman, Mrs. Elaine Thompson Herrah may have done much damage to her image when she spoke to a foreign media network in the USA denying a Nationwide exclusive that her impending departure from Racers Track Club was false.  She said so in her own voice that such a report was false news that she was changing her coaching arrangements and would join a new major sponsor/shoe company.  She obviously lied. All she had to say was: “no comment.” The undisputed world’s fastest woman blasted the media for targeting her. That was very poor judgement on her Thompson Harrah’s part. 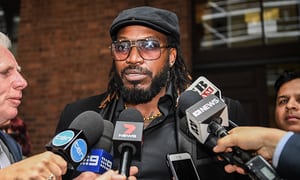 For his own reasons Chris Gayle, a noted international batting star chose to trash Curtly Ambrose.  Ambrose is a highly accomplished cricketer of international repute.  If Chris Gayle had engaged his brain before articulating his tongue he would have been better off. It is always better to keep quiet and appear to be a fool than to open your mouth and prove you are less than gracious, and adjudged also as being possibly a fool. Gayle has been criticized for disparaging remarks by persons in top circles for comments he (Gayle) made about Ambrose.

Omar McLeod claimed that Jamaica has turned its back on him. This claim was rubbish.  McLeod himself also an international track star spoke a piece of falsehood when he asserted that his non selection on Jamaica’s team to the latest Olympic games in Tokyo, Japan was akin to Jamaica turning it’s back on him. The fact is he failed to qualify at national trials for admission to the team. A plain and simple fact of life.

Role Of An Agent

International superstars as the three athletes above should have used their agents to speak for them to the media, even if a cricketer or any other sport person, since obviously they lacked such specialized people skills. Performance on the track or the course of play is different from relating to the media.  This is the role of publicity or skilled agent/managers. For example such professionals trained in damage control, in event of a problem or controversy,  by putting their client in the best light to the media and the world.

Let us wise up and seek professional help when we move up to stardom. It is a new life and calls for a new strategy as it relates to the your public image.

Hopeton O’Connor-Dennie is a poet, elegist author, and senior international journalist who writes for Vision newspaper.