In a dramatic new development in the ongoing FLA saga. The former Vice Chair Dennis Meadows has virtually incriminated himself by admitting to a failure of judgement.

“I was stupid to have signed …”

With this self incriminating piece of admission by Mr. Dennis Meadows former Vice Chair of FLA has effectively endorsed what Mr. Shane Dalling has asserted in a recent radio interview.

This was a jaw dropping revelation of poor judgment by Meadows. Mr. Rennie did not disclose his conviction in the USA and subsequent deportation to Jamaica.

If that was not all, Dennis Meadows further stated from his own lips inter alia:

“I admit that is where I went wrong. I should have known better as a result of my knowledge of corporate governance”

Continuing Meadows made bare naked this insight into his stupidity by this other admission. He said inter alia:

“There were five (5) of us as board members in the room. Having recused myself and left the room … I should not have signed my brother- in- law’s reviewed application.”

Meadows was not finished at that point. He then responded to a question by Cliff Hughes who asked as to why he signed his brother- in- law’s reviewed application.  He had this to say inter alia:

“I am human … I will concede that I am not blessed with infallibility. In hindsight having recused myself from the review process,  I should not have signed”

The firearm act does not ban people for life.  Section three (3) of said act refers to a person who is considered a threat to the safety of the society.

Meadows’ brother -in- law’s application was rejected on the ground that,  although not making a prior disclosure, an investigation revealed that said applicant,  was convicted overseas and deported to Jamaica for a cocaine related criminal offence.  When Meadows joined the board in August of 2017 his brother-in- law’s rejected application was dusted off and approved after he sent a letter asking for a review. This approval was done in one day. He did not submit any new information in furtherance of his rejected application. 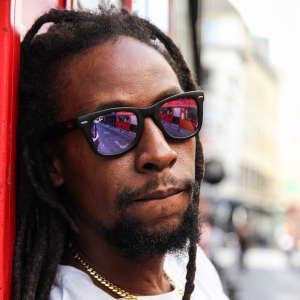 Dennis Wright was then Chairman of the Firearm Licensing Authority (FLA).

In December 2016 a reversal of a granted license to Jah Cure was rescinded.

Jah Cure was not only convicted for rape that we all knew about, but he was deep in the cesspool of crime. Robbery with aggravation and illegal possession of a firearm for which he was subsequently convicted for.  Meadows said inter alia:

“We approved a licence in June to Jah Cure then later rescinded same based on media reports of his conduct.  We had subsequently felt he was not yet matured enough. He was still displaying a type of behaviour considered rough …

The director of investigation raised objections as Jah Cure is not considered a fit and proper person to own a firearm license.

“These crimes are not expungeable crimes.  Applicant Jah Cure was imprisoned after a 13 year sentence for illegal possession of a firearm”

The Director of Investigations at the FLA raises the the alarm.

The chairman then rescinded the approval of Jah Cure’s firearm license.

“I believe in giving people a second chance  ….”

“Chairman Wedderburn told us that a new board can review a previous board’s decision. This meant that any decision at refusal can be revisited.  This would mean that without the applicant reapplying their previously refused application could be reviewed. A letter has to be sent asking for a re:examination of the decision. This should not be confused with an appeal.”

This is a review. Once a file is being considered a new application cannot be submitted. 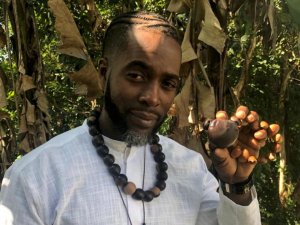 Chief Currie has retained the services of  Queens Council Valerie Neita Robertson. She has blasted Dalling for disclosing that Chief Currie’s firearm license has been turned in.  She asserted inter alia:

“Normally the FlA would write to a firearm holder advising that his license needs be  renewed.  A firearm holder’s private affairs should not be disclosed publicly.”

“The government is aware of issues at the FLA dating back to 2014 which was raised by Peter Bunting, former National Security Minister and PNP Senator.  Dennis Meadows is a citizens of Jamaica.  I have not seen any questions that would cause the government to lack any confidence in the leadership of the FLA.”

“Dennis Meadows former Vice Chair has questions to answer himself.  Major General Antony Anderson was appointed chairman and then Col. Audley Carter.  The X6 case showed that there was no ballistic markings on firearms.  This is now in place at the FLA from about 2015.  They have been given a mandate of to clean up corruption at the FLA.

Cliff Hughes: The current chairman has said he has had to revoke 1,100 licenses issued under questionable circumstances.

Because of the integrity tightening in the Jamaican Society there will be more exposure like the FLA exposure.

PM Andrew Michael Holness is ahead of Mark Golding by miles. His popularity has fallen, but still high in the 40 percent range. If an election were to be called today he would win a landslide victory.

What do you say about the Bill Johnson Mello polls not painting the best picture of your government?

The government is listening to the people. The PM Andrew Michael Holness is still enjoying the confidence of the majority of Jamaicans some 40 + percent.

The opposition Leader is under water. At about 17 percent. 33 percent see him unfavourably. 50 percent not sure. PNP 50 percent and about an equal amount of PNP supporters not warming to him.

Mark Golding is coming across as an “attack dog” according to Nadeen Spence commenting on live radio on February 17, 2022.