Tolling Set to Begin on Highway 407 and Highway 412 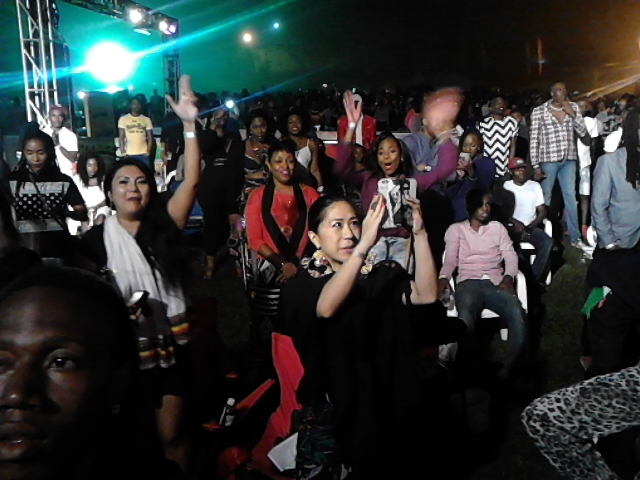 The much anticipated event dubbed “Sound Di Alarm” was so hot and exciting it could raise the dead. Despite the showers of blessings that fell and the grass field being soggy, this did not dampen spirits. Those wearing slippers and thin soul shoes could have experienced some dampness. We heard no complaints.

Having attended and performed at least one music festival at Clarendon Park, Ontario Canada, I can say “Sound Di Alarm” was as good as any and better than many. We also viewed television footage in coming to our conclusions on “Sound Di Alarm”

Liquor and reggae music flowed like the Rio Cobre river that caresses the Linstead town. The large, appreciate, discipled fans of all walks of life including visitors from Japan, Ethiopia, North and South America, England and Canada to name a few were very pleased based on feedback comments received.  “Sound Di Alarm” can rightly be described as a true international reggae festival. It has a great future …great value for money … was worth every cent and time spent.

The unexplained absence of Queen Ifreka did not seem to make a difference to the line up. Tony Rebel, Iba Mahr, Warrior King, Tony Capleton to name a few kept us on our feet girating all night. Lighters, immaginary shots were fired with fingers pointed and explosions  like ” blow, blow” could be heard from the mouths of fans, giving resounding welcoming salutes to hits after hits  … hits like “Do You Love Tony Rebel” … as true reggae affectionados expressed their appreciation as they reacted to their favourite songs and artistes. Cigarette lighters, cell phones all lit up as certain songs were belted out for example a big hit from Warrior King with lyrics like this … thanks to Dennis Brooks of Nationwide FM 90.3 for supplying the words:

“No real man can live without a woman ..
Like night to day is a woman to her man …
She is essential to his purpose and his mission …
A good woman is a glory to a man”

Vision’s SIC: How did you find the festival?

Margaret Berry: “I thought it was money well spent … it is great & wonderful … love it … our firm is in the financial sector, we are a sponsor of this festival … we are located at 25 King Street, Linstead, St. Catherine.” Ms. Berry informed, flashing a broad smile.

Vision’s SIC: What do you think of the show?

Photo: Two patrons at “Sound Di Alarm” at left is Ethiopian and a Japanese. These females posed for our camera. ” We have been having a great time” stated Fumi, the Japanese who spoke limited English.

Fumi: “I am visiting Jamaica for the first time from Japan … we are having a great time” Posing with her Ethiopian friend for Vision.
Vision’s SIC: What is your view on the show?

Rezo: “It was a good collective of artistes … it was not boring as they passed around the microphones ”
Corridor Repairs

Many less known artistes made their presence felt as they graced the stage at the Dinthill Sports Complex.  It was a true salute as it did sound the alarm for reaching out to help our community to be better. Alas!  It brought out the rebel in me. I left at 5: 33 AM Sunday Morning on my way to church, about an hour away in Kingston. The festival was still in full swing.

We hope the Linstead Hospital will benefit in a meaningful way from this fundraiser slated for the corridor repairs and so help to enhance the delivery of a first class health care at this Type 3 health facility, serving Linstead and environs in the SEHRA Region, run by the Ministry of Health (MOH) and led by Health Minister Dr. Christopher Tufton, MP in the PM Andrew Holiness JLP government.

The “Sound Di Alarm” music festival was well organized, security was tight. Streetcred must be commended for a job well done. We will publish some pictures also.

Hopeton O’Connor-Dennie, SIC was honoured to have been at “Sound Di Alarm”. and filed this Entertainment Review,  the first of a brand new feature, in 2017 for Vision Newspaper Canada.