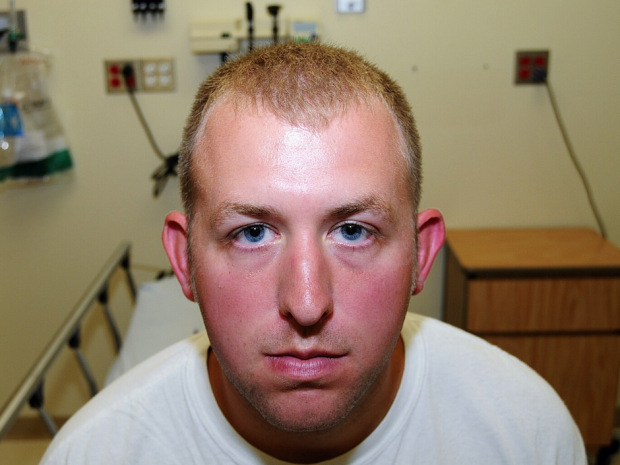 FERGUSON, Mo. _ The white police officer who killed Michael Brown has resigned from the Ferguson Police Department, his attorney said Saturday, nearly four months after the fatal confrontation with the black 18-year-old that fueled protests in the St. Louis suburb and across the U.S.

Darren Wilson, 28, has been on administrative leave since the shooting on Aug. 9. His resignation was announced Saturday by one of his attorneys, Neil Bruntrager. The resignation is effective immediately, Bruntrager said. He declined further immediate comment but said he would release more details Saturday night.

The attorney for the Brown family, Benjamin Crump, did not immediately return phone and email messages seeking comment.

A grand jury spent more than three months reviewing evidence in the case before declining in November to issue any charges against Wilson. He told jurors that he feared for his life when Brown hit him and reached for his gun.

The U.S. Justice Department is still conducting a civil rights investigation into the shooting and a separate probe of police department practices.

“We were not after Wilson’s job,” the Rev. Al Sharpton, a civil rights activist, said in a statement to the AP. “We were after Michael Brown’s justice.”

The shooting struck up a national debate about race and police power.

After the shooting, Wilson spent months in hiding and made no public statements. He broke his silence after the grand jury decision, telling ABC News that he could not have done anything differently in the encounter with Brown.

Wilson said he has a clean conscience because “I know I did my job right.” Brown’s shooting was the first time he fired his gun on the job, he said.

Asked whether the encounter would have unfolded the same way if Brown had been white, Wilson said yes.

Wilson began his career in nearby Jennings before moving to the Ferguson job a few years ago. He had no previous complaints against him and a good career record, according to Police Chief Thomas Jackson, who called Wilson “an excellent police officer.”

A few months before the shooting, Wilson had received a commendation for detaining a suspect in a drug case.