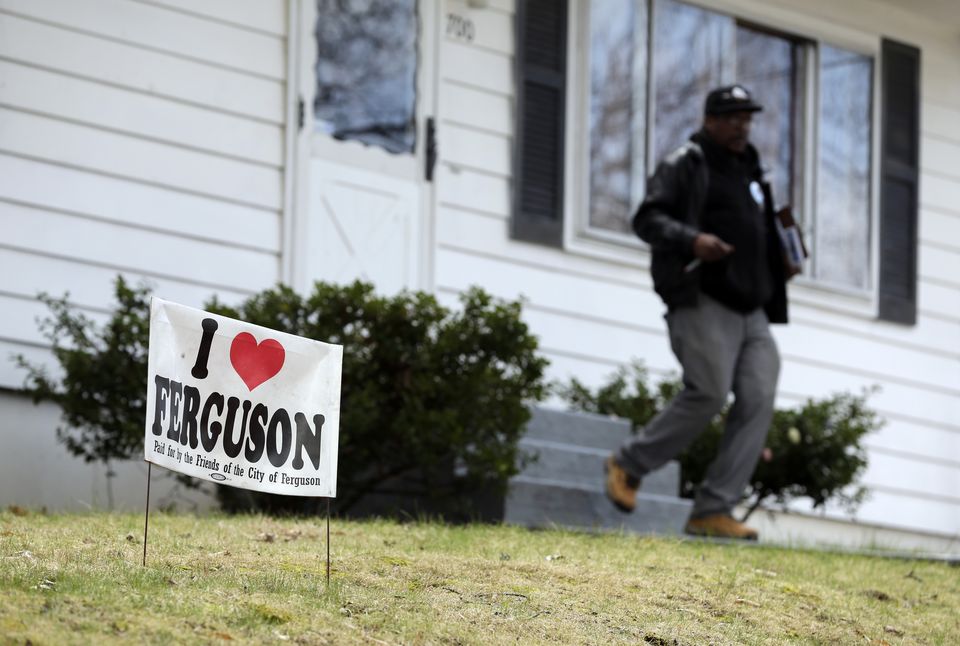 The election is the first since the fatal shooting of Michael Brown by a Ferguson police officer last summer put the St. Louis suburb and its law enforcement under a microscope. A St. Louis County grand jury and the U.S. Department of Justice cleared Officer Darren Wilson, who is white, in the death of the black, unarmed 18-year-old. A separate DOJ report found racial bias and profiling in the Police Department and a revenue-generating municipal court system that disproportionately targets black residents.

Two-thirds of Ferguson’s 21,000 residents are black, but the mayor and five of the six council members are white. The lone black councilman is not up for re-election.

The election has generated interest from international media and several organizations based outside of the St. Louis region.

The Communications Workers of America, a labour union, donated $7,000 for Ella Jones, a black candidate in the 1st Ward. Meanwhile, a coalition that involves the Service Employees International Union, Working Families Party, the Organization for Black Struggle and activist groups has volunteers going door to door and making phone calls encouraging votes for two candidates, Lee Smith, who is black, in the 3rd Ward, and Bob Hudgins, a white candidate, in the 2nd Ward. The volunteers are a mix of local and out-of-town people.

“This election is about winning justice for residents of Ferguson,” said Dan Cantor, national director of the Working Families Party, which helped elect New York City Mayor Bill de Blasio last year. “But it’s also about showing communities across America that by getting organized, people can win change and ensure that black lives matter in our democracy and in our justice system.”

The interest comes in a community whose own residents have shown little inclination to turn out for municipal elections. Just 12.3 per cent of Ferguson’s registered voters went to the polls in April 2014, said Eric Fey, director of elections for St. Louis County. That was actually an improvement over the 11.7 per cent participation in April 2013 and 8.9 per cent turnout in April 2012.

Turnout among blacks has been especially troubling, black leaders have said, leading to a hard push last year to register new voters. But Fey said just 562 voters have been added since August. The county does not keep records of voter registration by race.

Smith, a 76-year-old retired factory worker and former union leader, said the important thing isn’t to register new voters but to get those already registered to turn out. He said the police handling of Brown’s case led him to run for office for the first time.

“How many more of our young people have to lay in the street dead for four hours before we come to grips with this disrespect for people?” Smith asked.

Smith and his opponent, Wesley Bell, are running to represent the ward that includes the Canfield Green apartment complex that surrounds the street where Brown was shot last August. Bell, 40, is a lawyer and a criminology professor, but he has faced criticism because he is also a municipal judge in nearby Velda City, another St. Louis County town that, like Ferguson, generates a high percentage of revenue from fines and court costs.

“When people come to my court they get treated with respect,” Bell said. “I’ve never once thought about or been aware of what their income is.”

The new council will oversee the hiring of a new city manager, police chief and municipal judge after resignations that followed the DOJ report. The council will also determine the future direction of the Police Department. All the candidates agree the department should be fixed, not disbanded, as some have suggested.