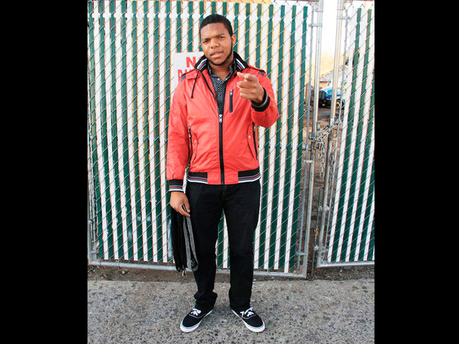 Music video director and publicist, Karl Durrant, is gearing up for a series of major projects, though, at present, he is more focused on airing grievances he has with his counterparts who are cheapening the industry.

According to the director, the costs to direct videos in Jamaica are too low.

According to Durrant, who will be directing a documentary for the big screen entitled Reggae’s Next Chapter, in addition to starting an international chart show in a matter of weeks, music video production in countries such as the United States attracts very high prices.

In Jamaica, he says, the already low costs paid to a director are dwindling because of who he calls the “30-grand video man”.

“I will not hype them up by calling their names, but I will just say that no real director will accept 30 grand [$30,000] to direct, produce, shoot, and edit a music video unless he is mentally unstable or in dire need of food,” Durrant said.

The director and publicist says the practice is a reflection of the overall hustle approach taken by many local music industry practitioners.

The 23-year-old director says he has worked with artistes from several countries and their prices are vastly different from those doing identical work in Jamaica.

“I have represented 44 artistes from Jamaica, Europe, Africa, Japan, Canada, the United States, and all over the Caribbean. What I have found is that most of those territories bring a more formal approach to the business. I want to be an agent of change in that regard. PR companies in the US charge big money for the same services that we are practically giving away in Jamaica, and music videos cost anywhere from US$50,000 to US$300,000, so I am absolutely appalled that an artiste can say, ‘I can get a Jamaican to shoot a music video for US$300’,” he disclosed.

The director also lauded directors like Ras Kassa, Jay Will, Storm Saulter, Mycal Kushnie, Kritic, Scorpio 21, and Asha. All of these persons, he said, are trying to add some structure to the local film industry.

Durrant is executing the pre-production of Reggae’s Next Chapter, which he says will chronicle the life and work of eight of Jamaica’s most promising newreggae artistes.

“The 5stars Street Buzz Chart Show will present a credible, edgy, and high-quality reggae chart show that will quickly become the benchmark used to gauge who is really impacting reggae music in a major way, separating sensationalism from reality,” stated Durrant.

For the original report go to http://jamaica-gleaner.com/gleaner/20131009/ent/ent6.html