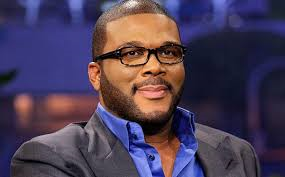 ATLANTA – Tyler Perry recently met with a group of Tanzanian children with albinism who are living in a home the filmmaker helped fund. Perry representative Keleigh Thomas Morgan said Monday he donated $200,000 three years ago to help build a four-bedroom house in New York for a group of children who had been mutilated for their body parts. The children attended Perry’s “Madea on the Run” play Thursday night at Manhattan’s Beacon Theatre, where they met him backstage. The children will stay there while they receive medical treatment in the United States. Perry donated after watching a special featuring Elissa Montanti, a Staten Island woman who runs the non-profit Global Medical Relief Fund for children affected by war and natural disasters. Montanti recently brought the children with albinism to the U.S. from Tanzania. ___ (The Associated Press)