Golf makes the turn: Halfway through the year a rivalry takes shape while Tiger Woods vanishes

Fire breaks out at South Carolina church previously burned down by KKK; cause unknown 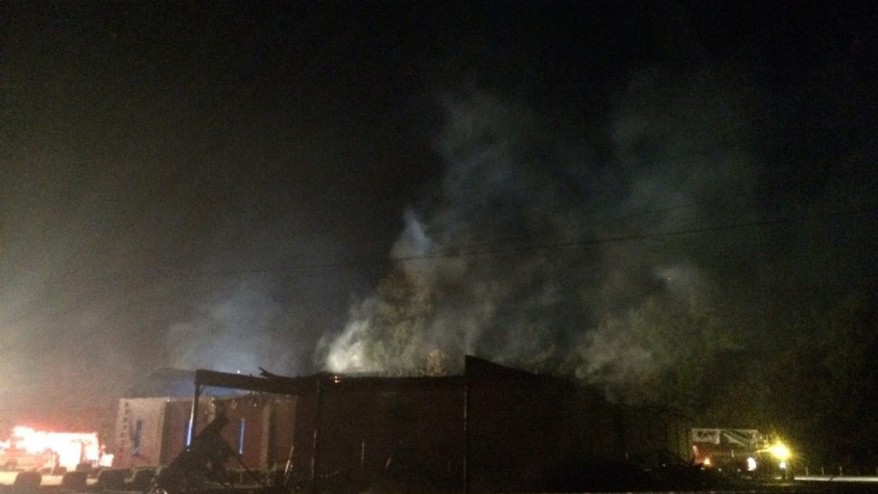 COLUMBIA, S.C. _ An African-American church in South Carolina that was burned down by the white supremacist Ku Klux Klan in 1995 caught fire again Tuesday night, though authorities said it was too soon to say what caused the latest blaze, which broke out on a night of frequent storms. No one was believed to be inside at the time.

The fire at the Mount Zion African Methodist Episcopal church in Greeleyville broke out at a time when federal authorities are investigating conflagrations at several other predominantly black churches in the South _ including one Friday at a church near Aiken, South Carolina _ but so far the fires don’t appear to be related.

Greeleyville is a town of about 400 people around 50 miles (80 kilometres) north of Charleston, where a pastor and nine members of a historic black church were fatally shot on June 17 in what authorities are investigating as a hate crime.

Agents from the State Law Enforcement Division were on their way to the Greeleyville church before the fire was out, Division Chief Mark Keel said. But he said they will have to wait until the hot spots are extinguished before using dogs and other investigative tools to figure out what started it. He said investigators will be on the scene first thing Wednesday morning.

“We do know they apparently had some strong storms,” Keel said. “Talked to a guy who said they had a lot of lightning down there tonight. I don’t know whether that had anything to do with it at all.”

The image of orange flames coming from the same church the KKK burned down 20 years ago brought up painful memories, said Williamsburg County Councilman Eddie Woods Jr., who got out of bed to drive to the church after hearing about the fire.

“That was a tough thing to see,” Woods said. “It is hurting those people again. But we’re going to rebuild. If this was someone, they need to know that hate won’t stop us again.”

All of the fires currently under investigation broke out days after the fatal shootings at Charleston’s historic Emanuel African Methodist Episcopal Church. Dylann Storm Roof has been charged with nine counts of murder in the shootings, and the FBI is investigating possible links between the 21-year-old white man and a hate manifesto that showed up online along with photos of him.

Mount Zion AME Church burned down on June 20, 1995. Two Ku Klux Klan members pleaded guilty to starting that fire and a second at another predominantly black church. They were each sentenced to nearly two decades in prison.

Speaking at the church in 1996, President Bill Clinton implored people not to respond to what was a string of nearly three dozen church fires _ many of them racially motivated _ with the same hatred that drove the people who started the blazes. He gave the church a plaque to commemorate his visit, and noticed membership had grown four times over since the fire.

“The American people are the most religious, church-going people of any great democracy,” Clinton said. “We cannot let someone come into our democratic home, the home of our faith, and start torching our houses of worship.”