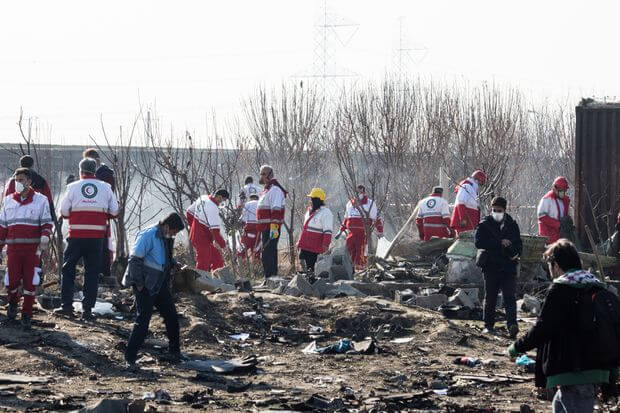 Grief is written across the face of PM Trudeau as he takes on the role of consoler in Chief. His response has been commendable …. controlled and most dignified … yet firm and resolute as he seeks answers. Bright futures snatched away. Loved ones separated for ever. Doctors and potential doctors perished in the ill -fated 752. PhD students returning to Canadian Universities gone forever. Some just returning to join family. Canada is the poorer. Over 30 said lost in Alberta in the tragedy on flight 752. Mystery surrounding the doomed flight. With lives lost forever 176. … a Canadian tragedy of no mean order. 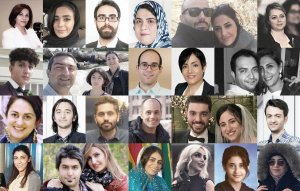 The flight was headed for Ukraine. Some 45 Ukrainian investigators are headed to Iran. One of the air crew was pregnant. Many killed were Iranians. Is this a case of a government killing its own citizens in error? We may never know the truth about 752. What we strongly believe is the plane was shot down by Iranians in error.

The Iranian government expelled Canada from its country long ago. If this is a missile attack, as is being speculated, then the facts will never be released. Canada has no diplomatic representatives in Iran.The Canadian government will have to work through third parties who have diplomats in Iran.

PM Trudeau asserts in a rather strident way that “Intelligence received by allies and Canadian sources point to an Iranian missile being responsible for shooting down flight 752.”. Black box recovered but being kept out of scrutiny. Trying to hide the truth. Trump has nothing to be proud of as 752 is downed.

We mourn with the victims. They deserved better. It is all caused by Trump trying to devalue the excellent work of Obama? Innocent lives lost. What a shame!

Congrats to Trudeau on his response. That is why he continues to grow and is highly respected on the world scene. We feel the truth will unfold soon. Trudeau has great support among the world leaders.

This is our perspective that gives us much pain to pen. Sadly, life for the terrorists go on, but not for the victims who are lost forever. Loved ones left with only memories and the grief of their loss. It should not be so. We say chins up. The terrorist must not be allowed to win.

Let us unite and stand on guard. Amen!

Hopeton O’Connor-Dennie is National & International Correspondent for Vision Newspaper Canada. He lived and wrote in many Canadian papers.