Floral Tributes for Miss Lou on Her 100th Anniversary

Minister of Culture, Gender, Entertainment and Sport, Hon Olivia Grange, lays flowers at the resting place of Dr. the Hon. Louise Bennett Coverley, at National Heroes Park, Kingston, during a ceremony on Saturday (September 7) to commemorate the 100th anniversary of the birth of the cultural icon. 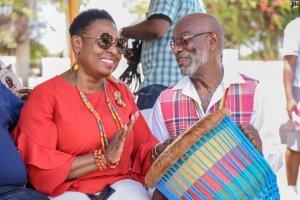 Minister of Culture, Gender, Entertainment and Sport, Hon. Olivia Grange (left), tries her hand at drumming, under the instruction of Cari-Folk Singers’ drummer, Stanislaus Logan. Occasion was a ceremony at National Heroes Park in Kingston on Saturday (Sept. 7), to commemorate the 100th anniversary of the birth of Jamaican cultural icon, Dr. the Hon. Louise Bennett Coverley, known affectionately as “Miss Lou”.​

Members of Government and the cultural community came out to commemorate the 100th anniversary of the birth of Dr. the Hon. Louise Bennett Coverley on Saturday (Sept. 7), at a floral tribute held at National Heroes Park in Kingston.

Others paying tribute included Minister without Portfolio in the Office of the Prime Minister, Hon. Mike Henry; Minister of Foreign Affairs and Foreign Trade, Senator the Hon. Kamina Johnson Smith; and Councillor Alvin Francis of the Mavis Bank Division, who represented the Mayor of Kingston, Senator Delroy Williams.

The ceremony was interspersed with cultural performances in speech, folk songs and drama by the Manchioneal cultural group, Cari-Folk singers and the Jamaican theatre fraternity. Story-teller Amina Blackwood Meeks served as master of ceremonies.

Minister Grange, in her address at the function, said that Jamaicans should never overlook the pivotal role played by Miss Lou in nation building and “helping Jamaicans to embrace the things that make us unique.”

She said that the “new cool” is to speak Jamaican and to espouse elements of the country’s culture.

“There was a time when you never dared to use patois on Jamaican radio stations. Today, we have come 360 degrees and Jamaican talk is now hip. We have to give Miss Lou all the credit for leading that revolution and in so doing, she added serious value to the Jamaican brand,” she said.

Ms. Grange noted that although Miss Lou spoke patois she was proficient and fluent in the English Language.

“So the patois revolution that she led was by choice. That underscored the tremendous belief and value that she placed on her indigenous culture,” she said.

Minister Grange said that Jamaicans are now reaping the benefits of the profound impact that Miss Lou had on the culture through the Ring Ding programmes and other offerings.

“We didn’t know it at the time but she was sowing the seeds for us to develop appreciation of self and understanding of our good, innate values that we hold as Jamaican people,” she added.

The floral tribute was one of the many activities planned to celebrate the centenary anniversary of the birth of the cultural icon under the theme: ‘Miss Lou 100’.

Gordon Town Square in St. Andrew will be renamed in honour of Miss Lou at a special ceremony on Sunday (Sept. 8), beginning at 5:00 pm. 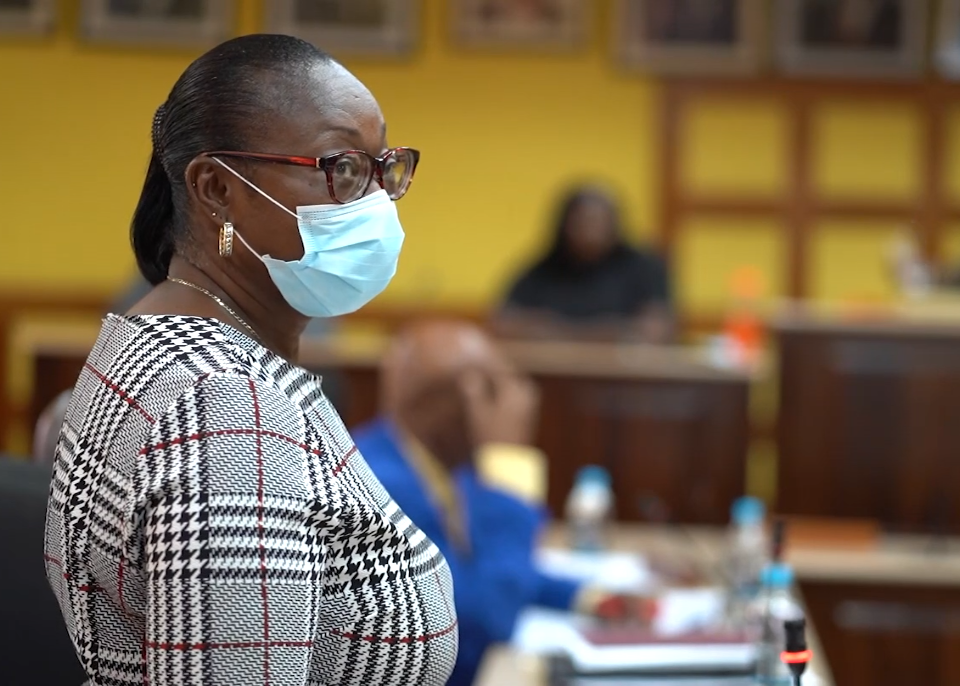