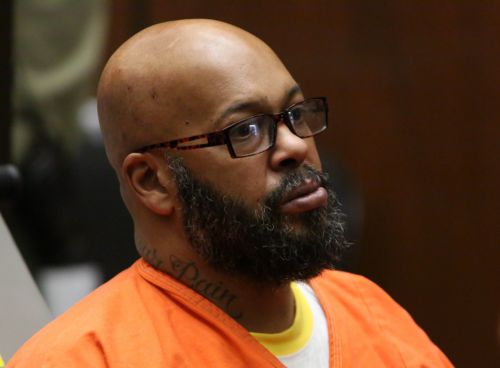 LOS ANGELES _ A judge delayed a hearing Thursday for Marion “Suge” Knight in which prosecutors planned to detail some of their evidence in a robbery case against the former rap music mogul.

Los Angeles Superior Court Judge Ronald Coen granted a defence request for a continuance, pushing the hearing back to Oct. 13. Knight also is charged with murder in a separate case, and the judge postponed a pretrial hearing in that case, too.

Knight and comedian Katt Williams are accused of taking a celebrity photographer’s camera in September 2014, just days after the Death Row Records co-founder was shot in a nightclub. Both men have pleaded not guilty.

Knight appeared at Thursday’s brief hearing but did not speak. He also has pleaded not guilty to murder, attempted-murder and hit-and-run charges after running over two men, killing one, outside a Compton burger stand in January.

The 50-year-old already has been ordered to stand trial in that case. His attorneys have said Knight was fleeing armed attackers when he ran over Terry Carter, who died, and Cle “Bone” Sloan, an adviser on the film “Straight Outta Compton.”

Knight was a key player in the gangster rap scene that flourished in the 1990s, and his Death Row Records label once listed Dr. Dre, Tupac Shakur and Snoop Dogg among its artists. He lost control of the company after it was forced into bankruptcy.

Knight faces potential life sentences if convicted in either case due to prior convictions for armed robbery and assault with a gun.