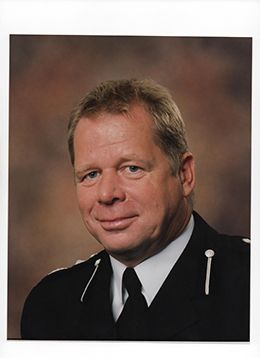 A former Scotland Yard commander has been appointed the new police commissioner in the Turks & Caicos Islands.

Britain-appointed Gov. Peter Beckingham said Wednesday that James Smith will lead the British Caribbean territory’s 280-member police force starting in February. He was chosen from a field of nearly 30 applicants.

He will replace Colin Farquhar, a Canadian law enforcer who has reached the end of his contract on the island chain of roughly 50,000 people.

Smith was a commander in London’s Metropolitan Police Service and has also held senior posts with forces in Scotland and the Cayman Islands.

Beckingham approves all senior public appointments in the British territory, which has one of the lowest crime rates in the Caribbean.

The Turks & Caicos Islands are located between Haiti and the Bahamas.