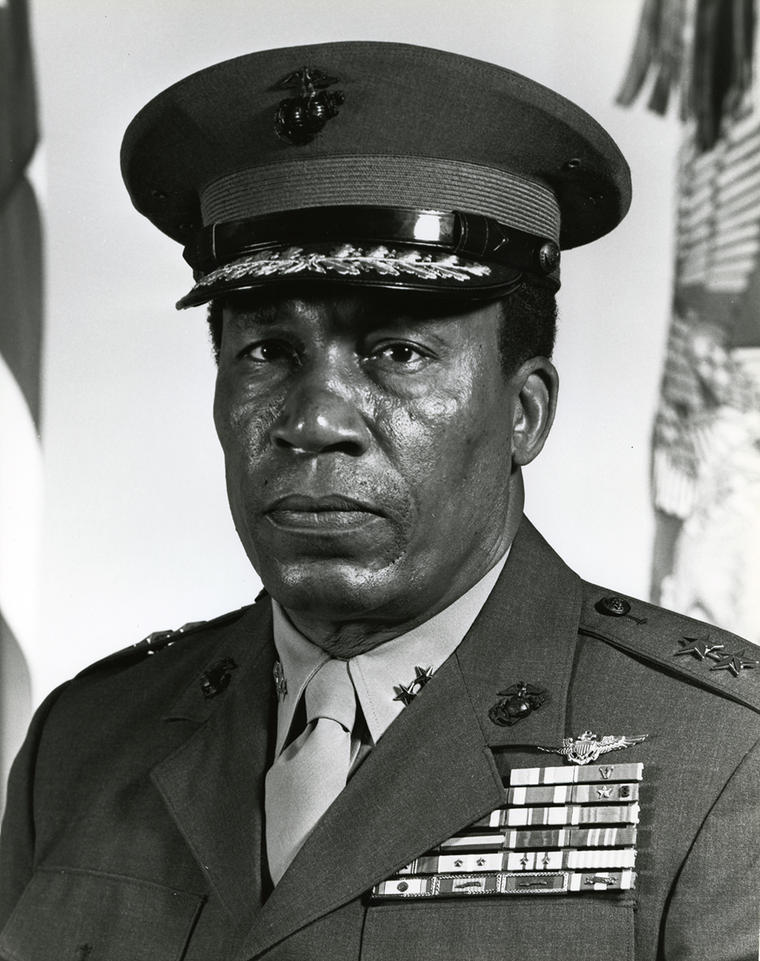 Frank E. Petersen III said his father died Tuesday at his home on Maryland’s Kent Island of complications from lung cancer. He was 83.

The New York Times reported that Petersen enlisted in the Navy in 1950, two years after President Harry Truman desegregated the armed forces.

The next year, Petersen entered the Naval Aviation Cadet Program, according to The Washington Post.

According to a news release on the Marine Corps website, Petersen was commissioned in the corps in 1952. The Marines say Petersen served in the Korean War in 1953 and Vietnam in 1968. He received the Purple Heart for wounds suffered when he ejected over the demilitarized zone in Vietnam, The Post reported.

During his career, Petersen flew more than 350 combat missions and more than 4,000 hours.

His son said, “As he moved us kids from base to base, he really enjoyed getting us out on adventures. Any time you went on a journey with Dad, you were in for a hell of a ride.”

Petersen was promoted to brigadier general in 1979. He retired in 1988.

His son said Petersen loved living on the Chesapeake Bay and loved being on the water.

As tough as he had to be as a Marine, his son said, “He was as peaceful and gentle as you could ask a dad to be and was always there for us.”

Petersen said his father never complained, “even to his last day. You couldn’t ask for a better father.”