‘I can’t do it by myself:’ Bolt not quite comfortable being the saviour of a sport under siege 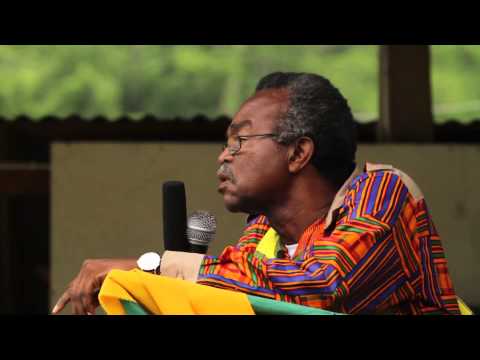 KINGSTON, Jamaica _ Frank Lumsden, a Jamaican who worked as a commodities trader in Chicago before returning to his homeland to focus on reviving the Caribbean island’s Maroon culture in a backwoods community, has died. He was 73.

For the last decade, Lumsden was the “colonel” of the Windward Maroon community of Charles Town, one of Jamaica‘s four semi-autonomous Maroon tracts.

Born on Jan. 28, 1942, he was a descendant of 18th century escaped slaves called Maroons who won their freedom by raiding planters’ estates and repelling invasions of their forest retreats with a mastery of guerrilla warfare. Elected leaders were called colonels, a title bestowed on Maroon chiefs since their battles with the British army.

Before he was elected leader in 2005, Charles Town was a moribund Maroon settlement that seemed destined to lose its traditions as young people left for jobs elsewhere.

But Lumsden, who left Jamaica as a young man to study business administration at Southern Illinois University, fought to preserve rich traditions with heritage tourism and cultural conferences in the town’s fenced “Asafu Yard.” He and a Maroon council also encouraged cottage industries such as beekeeping, wicker craft and herbal medicine to stem the flow of young people migrating to cities.

“He successfully secured funding and other support to develop the Asafu Yard complex, which comprises a space of drumming and dancing, conferences, a traditional jerk pit as well as a museum and small library. Today, Asafu Yard remains the lifeblood of the community,” said the Institute of Jamaica, the island’s most prominent cultural promoter and patron.

Lumsden died Tuesday in Kingston, the culture group said Wednesday. The cause of death was not immediately disclosed. Calls to Charles Town community members went unanswered.