Tommy Lee – All About You (Official Music Video)

Gateway to the World scores with 2nd edition 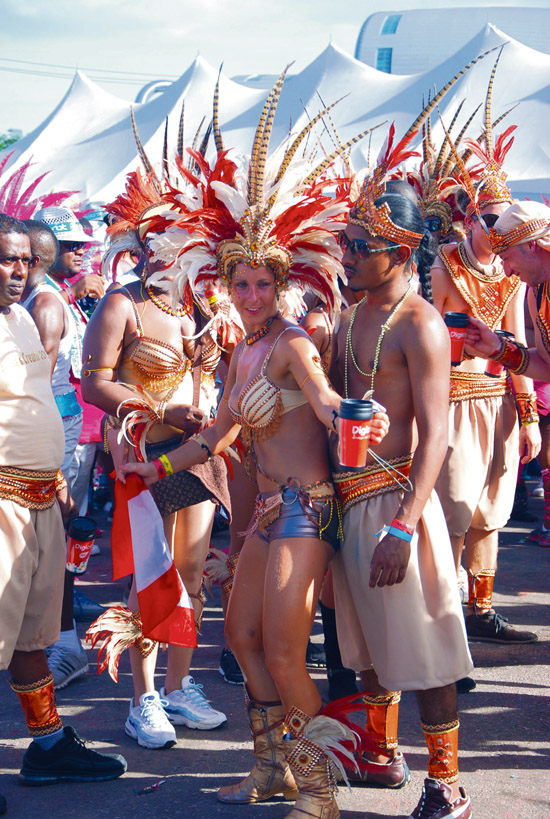 POS, Trinidad (Sonique Solutions) – The annual ‘Gateway to the World’ is becoming a true staple in the T&T Carnival calendar, the recent all-inclusive fete put on by The Airport Authority of T&T in collaboration with FODAT LTD experienced a high turnout this year and had many individuals enjoying themselves in the premium ambience.

This 2nd edition of the event attracted a mix of both returning and new patrons and set an all new standard for partying in east Trinidad.

The organizers put all their efforts into creating a true Carnival atmosphere, complete with all the highly anticipated amenities and new added attractions.
T&T’s culture was present and in full effect throughout the venue, while T&T’s beautiful people were also in abundance in the form of attractive promotional girls and the smartly dressed attendees.

Food and beverage options were also in total abundance. The impressive spread boasted dishes from different parts of the world, however, this year the title of most popular belonged to the Gourmet food stall which had a long line of patrons with healthy appetites for specialty meats and shrimp dishes.

Held at the South Terminal car park of the Piarco International Airport, the fete’s appropriately positioned bar stations provided the crowd with a variety of premium drinks and spirits as well as exotic cocktails.

On the entertainment side of things, the partying elite and several first-time fetters were front and centre from early for the evening’s first act Chutney-Soca crossover band Dil-E-Nadan with vocalists Raymond Ramnarine and Derrick Seales.
The band took the Gateway crowd for a musical ride with their original music, back in times tunes and today’s hottest Soca songs.

Kes the Band was up next and unleashed several of its latest Carnival offerings along with fan favourites such as “Wotless”, “Where Yuh From” and “A Million Gyal”.
The Kes set also included the 2018 runaway hit ‘Hello’.

After a rousing session by the A Team band which featured performers Shal Marshal, Preedy, Erphaan Alves and Patrice Roberts; D All Stars closed the off the evening’s entertainment on what many would consider to be one of the liveliest Carnival 2018 season events.

The event and its stellar cast of performers left the patrons in high anticipation of the 2019 Gateway to the World.