São Paulo, Brazil (Sonique Solutions) – Brazilian singer Gau Pass has made another step forward in spreading the gospel of Reggae music throughout her native land and the entire Latin American market with her latest release, a Portuguese version of Jamaican Jubba White’s song ‘You Got Me Going On’. 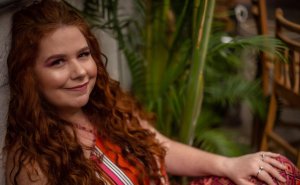 ‘You Got Me Going On’ is a smooth, romantic, love-centred song which was originally written and produced by Jamaican singer, songwriter, drummer and music producer Jubba White.

With the assistance of Brazilian multi-instrumentalist Juninho V and Brazilian Reggae Band Unidade 76., Gau Pass adapted the track to Portuguese at the invitation of Jubba himself, for a larger project in which several singers from around the world recorded their own version.

Regarding this collaboration which has already received praise by fellow musicians and producers for its instrumentation and lyrics, Gau stated, “When I chose to pursue music professionally, I understood that the lyrics of the songs which I chose to record should truly speak to me and be something meaningful for me to express, lyrics that translate my spirit and soul. So I’m very happy to collaborate with Jubba for this musical project”.

Gau, who also dabbles in Jazz and is able to sing in Portuguese, English, Spanish and Arabic, comes from a musical family with her father being a vocalist and her two brothers being instrumentalists. Additionally, she has received formal music education, is involved in musical curatorship and currently handles music programming for a Brazilian cultural institution.

The classically trained Brazilian singing sensation considers her style to be an eclectic fusion as it incorporates elements of Reggae, Jazz, Opera and even music of Middle-Eastern origin.

No newcomer to the Reggae music world, Gau who previously recorded an English-language cover of Jesse Royal’s ‘Rock it Tonight’ has been a fan of the genre for over two decades and will soon release her first album featuring collaborations with composers from Jamaica, Nigeria, Gambia, Morocco and Brazil.

She aspires to work directly with Jesse Royal and artistes such as Koffee, Inner Circle, Protoje, Naomi Cowan & Lila Iké and most importantly to heal people’s emotional and spiritual wounds through music and to use it as a platform for social activism.