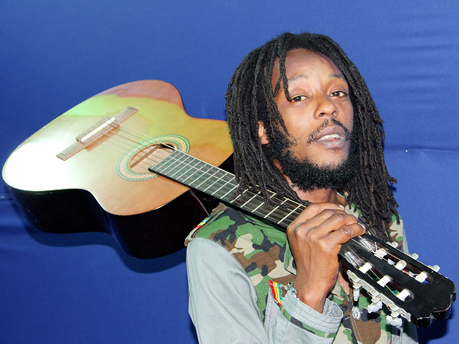 As many Jamaicans lament their poor financial conditions, reggaesinger Droop Lion says many persons are able to relate to his song, Ghetto Life, because it paints a similar picture.

Since its release a month ago, Droop Lion says the song has been getting a great deal of airplay in Jamaica and has made its way on to top-10 reggaecharts in Belgium and England.

“Ghetto Life has been out a month and the people just a receive the song because it speak so much about the livity weh a gwaan pon the island. It a talk bout the oppression and how people have to be innovators to survive,” he told The Gleaner.

“It’s like a brand-new hit for Droop Lion. We a try keep it simple so that people can really see the significance of the song.”

He noted that he also had a previous song from his catalogue, Mama Soon Come Back, also charted.

“It’s always a growing process and the people dem a receive it, so I and I a give thanks,” he said.

With his song getting much success, Droop Lion said he is also gearing up for an eight-week European tour early next year. Earlier this year, he was the opening act for Capleton on a tour of Europe, but this time around, Droop Lion says he hopes to make an impact as the main act.

He said he is working on a 12-track album and hopes to promote the new material on the tour.

“I believe in productions. I have to put in the work to get to the heights I want to get to,” Droop Lion said, noting that a group called The Gladiators would accompany him on the tour.

“The one (tour) before was just a gate opener. I won’t be an opening act, so I will have to stand up now. It’s more pressure pon I and I. After a time, the music grow and the responsibilities grow with it.”

For the original report go to http://jamaica-gleaner.com/gleaner/20131113/ent/ent4.html