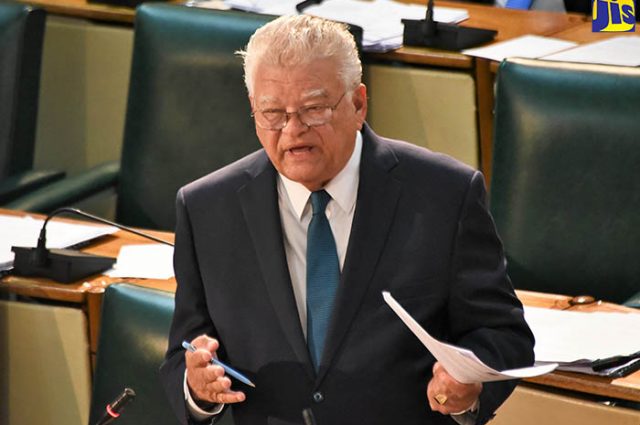 The Government is seeking to improve the approval process for licences to be issued to stakeholders in the local cannabis industry.

This is according to Industry, Commerce, Agriculture and Fisheries Minister, Hon. Karl Samuda, who says the industry has not progressed as anticipated.

“We are not satisfied with the pace at which approvals are made (nor) the manner in which we anticipated that this industry would take off,” he said.

The Minister was responding to questions from Central Manchester Member of Parliament, Peter Bunting, regarding the $113 million set aside in the 2018/19 Estimates of Expenditure for cannabis product development.

The queries were made during the Standing Finance Committee of Parliament meeting held on Thursday (March 1) at Gordon House.

Mr. Samuda said many stakeholders are of the view that the approval process is too “cumbersome” and “lends itself to unnecessary bureaucracy and delay, and I certainly anticipate that we will see some significant changes”.

He noted that while two licences have been approved and the licensees have started production, “I think there is a lot more that can be done if some of the bureaucracy is removed”.

“It is an industry that can take off and earn massive amounts of foreign exchange, and that is why we are going to pay particular attention to loosening up all the knots that have plagued us over the last year,” the Minister said.

Mr. Samuda pointed out that one of the challenges being experienced by the sector is the lack of funding, noting that local financial institutions are unwilling to “bank any of the (industry’s) activities” due to what is deemed the informal nature of the business.

To this end, Finance and the Public Service Minister, Hon. Audley Shaw, informed that Bank of Jamaica Governor, Brian Wynter, recently met with several licensed members in the industry, “because he recognises the dysfunctionality (in) having an informal industry which is increasingly being formalised globally”.

Meanwhile, Mr. Samuda advised that the Cannabis Licensing Authority’s (CLA) role in the industry’s overall development is to be strengthened.

The CLA, which is an agency of the Ministry, is tasked with establishing and regulating Jamaica’s legal ganja and hemp industry.

“We have had discussions within the Ministry, and we have decided that we would look seriously at the entire construct of the (CLA) Board,” Mr. Samuda indicated.