Regulations for Hemp Industry by 2018

A Life of Challenge and Adventure: 11 Facts About Service Woman Cathay Williams 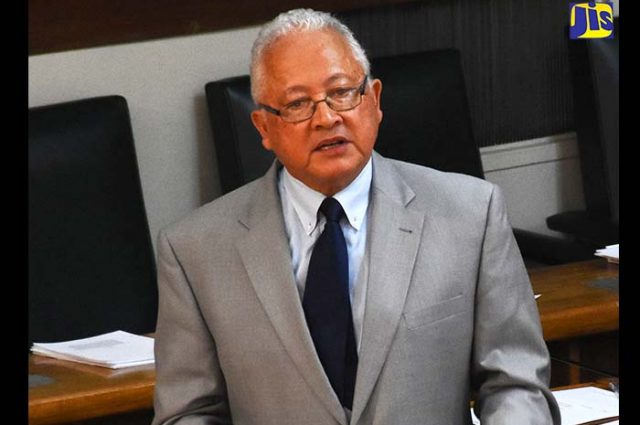 Minister of Justice, Hon. Delroy Chuck, emphasizes a point as he contributes to debate on the Criminal Justice (Administration) (Amendment) Act and the Indictments (Amendment) Act in the House of Representatives on July 25.

The Government intends to amend the Gun Court Act to allow for all non-capital murder cases, involving the use of the gun, to be tried by a judge only.

Non-capital murder cases refer to those where the particular offence is not punishable by death.

Attorney General, Hon. Marlene Malahoo Forte, made the disclosure during debate on the Criminal Justice (Administration) (Amendment) Act and the Indictments (Amendment) Act in the House of Representatives on July 25.

“The Gun Court Act is going to be amended. Currently, this Act provides for most firearm offences to be tried by a judge alone, but there is a glaring exception in relation to the offence of murder, which is committed with a firearm. In such a situation, the current law provides that trial is with jury. It is therefore being proposed that a firearm offence, (in the non-capital category)…will be tried by a judge alone,” she said.

Minister of Justice, Hon. Delroy Chuck, argued that it makes sense to allow a judge alone to try all gun crimes in relation to non-capital murder “because all other gun offences are tried by a judge alone.”

“We see no reason why a judge alone cannot try the cases instead of a judge and seven jurors,” Minister Chuck contended.

“The backlog in the courts is a real problem. We have too many cases that drag on for years,” Minster Chuck said.

He noted that the intention is to mirror what happens in the United States of America where cases can be tried within six months.

He noted, however, that the only way that this can be achieved, is if there is a “buy in” of the two Bills as well as the Plea Bargaining Act, which allows accused persons the opportunity to offer a guilty plea in exchange for a lighter sentence.

Debate was suspended on the Bills until a date to be announced.