Scheme to Get Rid of Corrupt Cops

Gov’t Looking to Get More Women into Leadership Roles 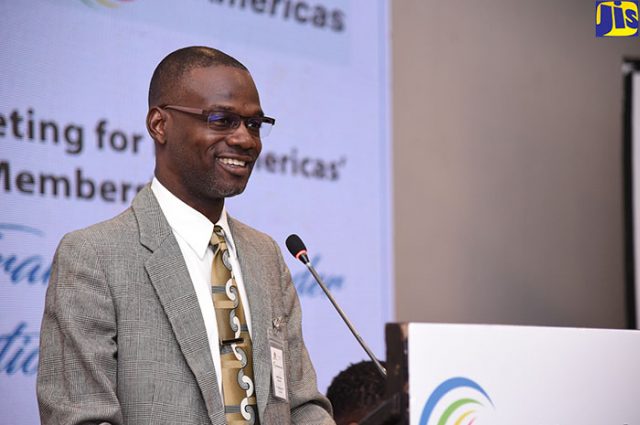 Permanent Secretary in the Ministry of Culture, Gender, Entertainment and Sport, Denzil Thorpe, says the Government to taking steps to achieve greater gender equity in the society, particularly with regards to leadership positions.

“It is urgent that we address this situation of women’s leadership, because it is clear that when women are excluded, by whatever means, from top leadership, they are denied power to make a difference in the world,” he said.

He was speaking at the opening of the ParlAmericas Inter-Parliamentary Meeting at The Jamaica Pegasus hotel in New Kingston on Wednesday (January 24).

Mr. Thorpe argued that despite gains in every profession, women remain under-represented at all levels of leadership.

He said that former United Nations Secretary General, Ban Ki-moon, in one of his final speeches before leaving office, noted that there are still five countries in the world where not a single woman is represented in Parliament, and seven countries without any women in the Cabinet.

Mr. Thorpe said that while the Americas has made better progress, there is much more to be done, noting that in Jamaica, for example, out of 84 parliamentarians, only 16 or 19 per cent are women.

He called on men to support efforts towards achieving gender equity, as they stand to benefit in numerous ways. He pointed out that equality ensures that everyone benefits from the skills, ideas and dreams of the whole of humanity, not just one gender or a particular group.

“Men benefit when women advance and there is real gender equality. There’s an overwhelming body of evidence showing that undeniable connection between women’s economic participation and prosperity. Wherever the situation of women has improved, the overall economic condition in the country had improved as well,” he added.

Mr. Thorpe cited the McKenzie Global Institute Report published in 2016, which found that advancing women’s equality could add between US$12 trillion and US$28 trillion to global gross domestic product by 2025.

That represents a net economic effect roughly equivalent to the size of the combined Chinese and United States economies.

Member of the ParlAmericas Board of Directors, Senator Dr. Saphire Longmore, in her remarks, said that amidst global achievements in gender equality, more emphasis and effort are needed at the local and regional levels.

She said that the two-day ParlAmericas meeting provides an opportunity to expand on discussions that surface frequently on the importance of adopting a comprehensive approach to achieve gender equality, one that features a variety of social actors working in coordination to advance legislative change and positive cultural transformations.

ParlAmericas is an independent network comprised of national legislatures of 35 states from North, Central and South America, and the Caribbean with a goal to engage and develop inter-parliamentary dialogue on relevant hemispheric issues.

The work of the body is focused on three interconnected focus areas – gender equality, climate change and open parliament.

The ParlAmericas group carries out a range of activities each year, including conferences and training sessions, facilitating the exchange of legislative best practices, and developing resources for parliamentarians on issues of shared concern.

The workshop, being undertaken through support from the Government of Canada, will explore how parliamentarians can collaborate strategically to achieve greater gender equity.