Students Must be Guided to Choose Careers 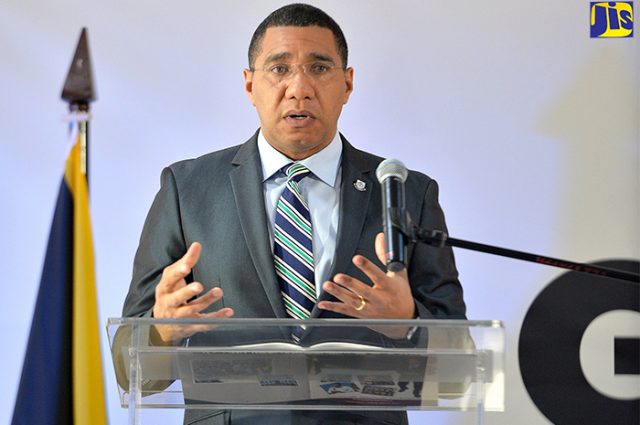 Photo: Prime Minister, the Most Hon. Andrew Holness, emphasises a point while responding to questions from journalists during a post-Budget press conference held at the Office of the Prime Minister on Wednesday (March 22).

Prime Minister, the Most Hon. Andrew Holness, says the Government has been working to provide additional housing solutions for Jamaicans.

This, he said, by ensuring that more persons are able to access financing at lower rates, and that technology and best practices are integrated into construction in order to bring housing to the market at more affordable rates.

“We are developing new projects and implementing the ones that have been on the books for a long time and putting in place the measures to make sure the National Housing Trust (NHT) is financially viable to continue this expansion in housing delivery,” the Prime Minster said.

He was responding to questions posed by journalists during a post-Budget press conference held at the Office of the Prime Minister on Wednesday (March 22). He made it clear that the NHT’s resources were never used to support the Government’s tax measure to shift from personal income tax to indirect taxes.

“I don’t want people to conflate… moving from direct to indirect with taking funds from the NHT,” he said.

Mr. Holness stressed that the Government is using the NHT funds to do what it is supposed to do “which is to build housing solutions for the Jamaican people, more than any other Government has done in the history of NHT”.

The Prime Minister emphasised that the NHT has a financial responsibility to the people who make deposits with it and “we must protect that”.

“We must make sure that the NHT is strong and robust, and, if needs be, selected allocations (can be made), but we don’t want the NHT to be compromised,” he said. He noted that the reason funds were taken from the NHT, since from 2013, was for the Government to fulfil its obligations with the International Monetary Fund (IMF).

“We must pay back our debt and we have to do it in such a way that we don’t collapse our banking sector and we don’t cripple economic growth,” he pointed out.

The Prime Minister noted that the commitment by the previous Administration to 7.5 per cent of gross domestic product (GDP) per year, to repay the principal portion of debt, was necessary.

“Otherwise, our debt would have continued to spiral out of control and, eventually, we would’ve become insolvent and be brought to the brink of collapse,” he said.