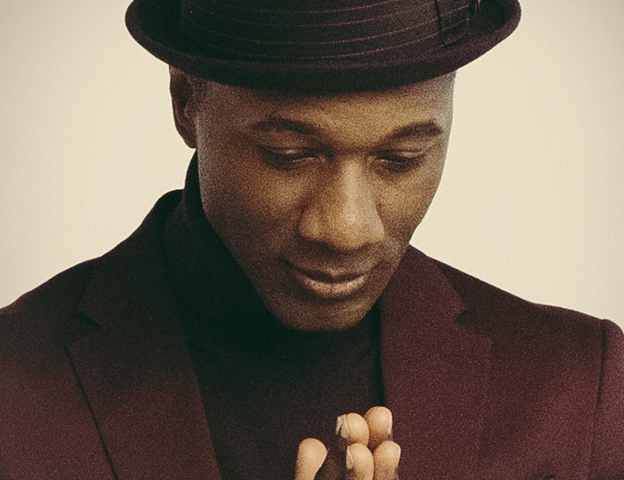 Toronto, ON (October 2nd, 2020) – Today Aloe Blacc – the platinum-selling singer, songwriter, producer, and activist – releases his newest album, All Love Everything (out on BMG). Inspired by his family, the new album is really shaped around Aloe not only as a husband, but his journey as a father. The result is a heartfelt, artistic synthesis of family, activism and perseverance that beautifully traverses the tender details that make up life and refuses to be pinned to one genre of music. Stream All Love Everything HERE. Says Aloe Blacc about All Love Everything:

“Rather than a genre, my music is about A.I.M.: affirmation, inspiration, and motivation. After so many opportunities to talk about my music and not feel comfortable saying, ‘I’m a pop artist’ or ‘I’m a folk artist,’ I had this realization. My songwriting genre is thematic.”

Throughout All Love Everything, Aloe exhibits the radical empathy and emotional directness that has helped firmly establish his global stardom. Whether it’s the stand-out closer “Harvard” — a heartrending storytelling song in the tradition of Joni Mitchell and Bill Withers that finds Blacc singing with disarming candor about a woman working two jobs to support her family, including a child with special needs — or the candid and percussive devotion ode “Corner,” Aloe’s songwriting remains as affecting as ever. Drawing on an eclectic mix of soul, folk, and contemporary pop, All Love Everything proves there’s no pigeonholing the human experience.

Last week, Aloe Blacc appeared on The Ellen DeGeneres Show during the program’s premiere week of their 18th season. Accompanied by a full band and background singers, Aloe performs his inspiring anthem “Hold On Tight,” which Twitch, the guest host of the day, describes as “a much needed message of hope and perseverance.” Check out the full performance :

Alongside prepping for his newest musical release, Aloe has been conducting some serious activism work: from police reform to mental health. The artivist (activist + artist, as he likes to describe himself) has hosted virtual town halls, participated on panels to discuss BLM and police brutality in America and has even started a series on his social media where he discusses trending topics in health, family and policy with experts in their fields. Aloe also partnered with media platform Behind The Rhyme to perform and speak at this year’s Democratic National Convention pre-show alongside Barack Obama, Snoop Dogg, Rapsody, Black Thought, and others. Aloe Blacc has also partnered with Target for an exclusive version of the album that features two additional bonus tracks. Order your Target exclusive HERE