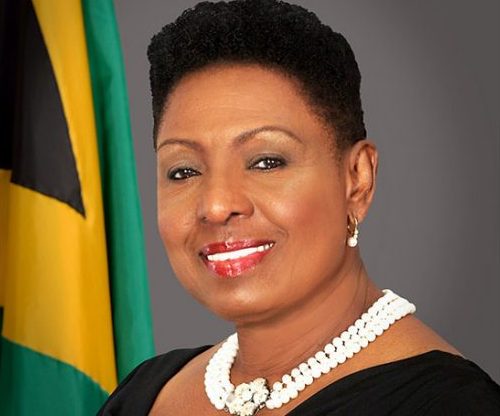 The Minister of Culture, Gender, Entertainment and Sport, the Honourable Olivia Grange, is assuring women suffering domestic abuse that her Ministry will relocate them and help them to rebuild their lives.

In her statement to the House of Representatives to mark the International Day for the Elimination of Violence Against Women, Minister Grange said the government had rescued several women from abusive relationships and “the violence and despair that they knew has been replaced with peace and hope.”

Minister Grange said the Ministry of Culture, Gender, Entertainment and Sport has been able to help several women to escape violent relationships, even while it “still building out [its] response mechanism to victims of gender-based violence.”

As part of its wholistic response, the Ministry is in the process of establishing three state-run shelters for victims of gender-based violence.

The Ministry has completed purchase of one property to serve as a national shelter. That facility is being made “fit and proper for women and their children.” The process to acquire two others is in train. However, Minister Grange has expressed frustration over the speed at establishing the shelters.

“I have to admit that the process is moving a lot slower than I want it to; and much too slow for the victims who need the shelters like yesterday. It is urgent for them, and I continue to push to get them established because we know that many women stay in abusive relationships because they have nowhere to go.”

Research has found that many women stay in violent relationships — about 1 in 12 — because they do not have a place to go.

Despite the delay in establishing the shelters, Minister Grange says the Ministry has been and will be able to assist any woman to leave an abusive situation.

She encouraged any woman who is being abused to call for help, as several others have done within the last year.

Minister Grange said:
“As the Minister, I get the calls from women across the country who are being abused and want a way out.

Only recently, I got a call from a woman in rural Jamaica. It was one of the most heartbreaking stories of domestic abuse you could ever imagine. She had been willing to tough it out for the sake of her children while hoping that he would change. But as the years passed, the abuse continued — each time it was more severe.

When she called me, she told me it was so severe that she thought she was going to die.

She reached out and we were able to send help to her in the dead of night. We have relocated her and her children to a place where they are safe and are thriving.

That woman and her children represent one of several whom we have dealt with in the last year. We have moved several women and children out of violent situations and are helping them to rebuild their lives.”

In keeping with the national theme for the International Day for the Elimination of Violence Against Women — Stand Up! Talk Up! Gender-based Violence is not a Private Matter — Minister Grange urged all Jamaicans to join the movement to end violence against our women.

Minister Grange said:
“One in four women is enduring horrific abuse at this very moment. That means that a woman, somewhere — someone you know — needs you. She needs you to be her voice. So if you know or suspect something, please stand up and talk up.”

The Ministry is encouraging any woman who is in an abusive relationship to call 876-260-1577 for help.