Due Diligence: The Most Important Factor that Establishes St Kitts and Nevis as the Platinum Citizenship by Investment Brand

The Minister of Culture, Gender, Entertainment and Sport, the Honourable Olivia Grange, he said that the Government intends to restore the boyhood home of the Reggae pioneer, Bunny Wailer, which was damaged by fire yesterday (Saturday).

The house, located on Second Street in Trench Town, St. Andrew, had been declared a Protected Site by the Jamaica National Heritage Trust in 2018.

It was in Trench Town where Bob Marley and Bunny Wailer met Peter Tosh and became the Wailing Wailers.

Minister Grange said the two-storey house on Second Street “represents the space in which the creative genius of three Jamaican artistes put to music their sorrows, struggles, determination and message of love, underpinned by Rastafari philosophy and the Reggae beat”.

Minister Grange said the Jamaica National Heritage Trust would soon commence an assessment of the damage to the structure towards restoration. 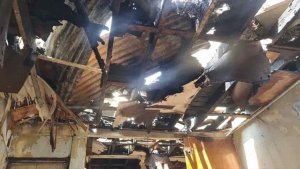 Source The Minister of Culture, Gender, Entertainment and Sport