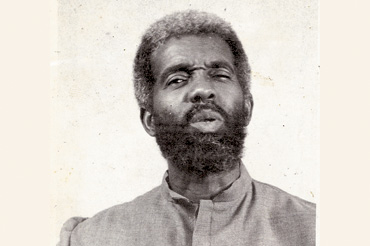 KINGSTON, Jamaica – Tuesday, August 2, 2016 – Minister of Culture, Gender, Entertainment and Sport, the Honourable Olivia ‘Babsy’ Grange, has paid tribute to the actor, broadcaster, director and writer Louis Marriott who passed away yesterday (Monday) at the age of 81.

Minister Grange said Marriott was a multitalented and creative man who had contributed much to Jamaica’s culture.

“Louis was one of the last great band of local theatre practitioners, including the late Trevor Rhone, Charles Hyatt and Lloyd Record, to have left us in recent times. It was heart breaking to receive news of his passing on Emancipation Day.

“His memory will live on in family and friends, but also in the books and many plays that he wrote, including ‘Bedward’ which is widely regarded as a Jamaican and Caribbean classic. Louis Marriott was, truly, a stalwart of Jamaican theatre.”

“But Louis was more than a man of the theatre — where he wrote, acted, directed and produced — he was also an exemplary Public Relations specialist and Media Practitioner of high repute. He also served as Press Secretary to former Prime Minister, Michael Manley”.

“I express condolences to Louis’ friends and family, especially to his widow, Erica, and daughters Lavinia and Karen.”

Ride on Louis Marriott … you have made your mark.

We regret the passing of this theatre icon, and media practitioner who was indeed a visionary. Louis Marriott was ahead of his time.

We say to the family be of good cheer. You can be comforted in the fact that he has left indelible footprints on the sands of time.